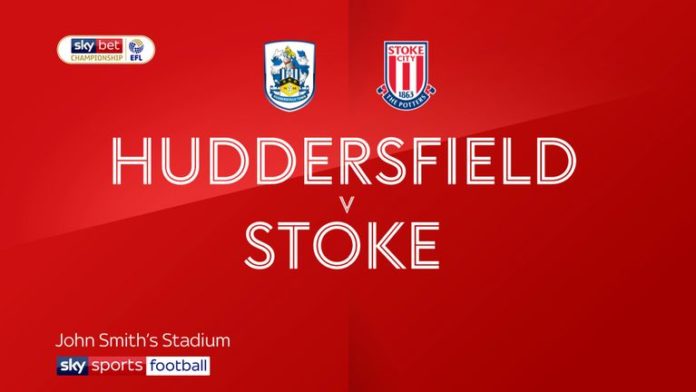 “James has been subjected to this type of vile abuse throughout his career, and he will be fully supported in the same way as any other individual who receives abuse based on their race, religion or nationality”

The Professional Football Association are to hold talks with referee bosses and the EFL following sectarian abuse aimed at Stoke’s James McClean.

McClean was subjected to sectarian chants during Stoke’s 5-2 win at Huddersfield on New Year’s Day forcing the match to be temporarily halted.

There was a tannoy announcement in the second half of the game at the John Smith’s Stadium saying “racist chanting is affecting the game and will not be tolerated”.

However, it is understood the abuse Huddersfield are investigating is of a sectarian nature.

The Republic of Ireland international has been the target of sectarian abuse in the past for his stance of refusing to wear a Remembrance Day poppy on his shirt.

The Professional Football Association issued a statement on Thursday welcoming Huddersfield investigation into the abuse and saying they were offering McClean their full support.

The PFA statement said: “The Championship match between Huddersfield and Stoke City was halted and a stadium announcement was made warning against “offensive behaviour” due to sectarian chanting aimed at James McClean.

“James has been subjected to this type of vile abuse throughout his career, and he will be fully supported in the same way as any other individual who receives abuse based on their race, religion or nationality.

“The PFA have previously advised James to report sectarian chanting to match officials and we are satisfied that in this instance the protocol was enacted. However, this action in isolation is not sufficient.

“We welcome that Huddersfield have committed to a full investigation to identify offenders; we hope that the perpetrators will face further consequences from both within and outside the game.

“In addition, as with other forms of discrimination, it has become clear that this type of abuse is on the rise and is becoming a weekly occurrence for James.

“We will be talking with PGMO and EFL to ensure that match officials are vigilant to this type of chanting and hope to see future action taken proactively on James’ behalf.”

Stoke head of media and communications Fraser Nicholson said after the game against Huddersfield: “Just to provide some context for that, James McClean is being encouraged to report abuse that he receives that’s of a sectarian nature to the match official.

“He did it on Boxing Day when he was subjected to it by Sheffield Wednesday fans and obviously felt the need to do it again.”

Stoke boss Michael O’Neill added: “People have to be held accountable for their behaviour when they come to a stadium.

“It’s not something we want to be consistently talking about – sectarianism or racism or whatever.

“We want to be talking about the game because there was seven goals here.”

“I’m sure the club will investigate this and make sure the people involved in it are duly punished.”