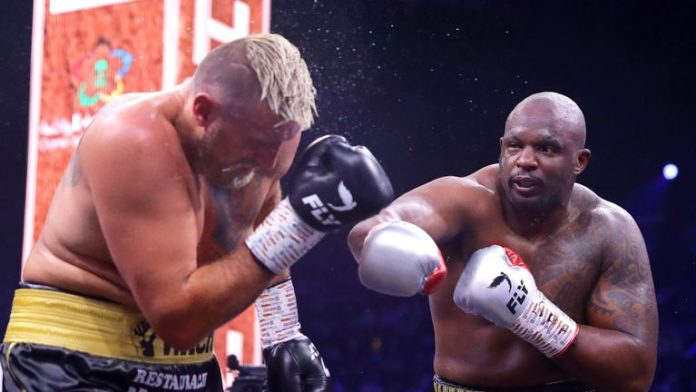 Sky Sports expert Tony Bellew has given his verdict on what the future holds for five British fighters who have a point to prove in 2020.

World titles and proud reputations will be at stake over the next 12 months, but which homegrown heroes will take their careers to new heights?

Bellew has taken a closer look at a crop of Brits who will be determined to silence their doubters, or eager to fulfil their potential…

2019 should’ve been a big year for Dillian Whyte, but he’s spent the second half of it trying to clear his name and you wonder how that might impact him going into this year.

There’s no doubt in my mind whatsoever that he deserves a massive fight and with Deontay Wilder set to take on Tyson Fury, Whyte will be a keen spectator in that one as he’s currently sitting pretty with the WBC.

Since his defeat to Anthony Joshua four years ago, Whyte has done everything asked of him and he’s climbed the ladder the proper way. 2020 should be the year he finally gets his big shot.

I’ve let everyone know what I think about Callum Smith. The man can go as far as he wants in boxing, but 2020 has to be about him finding that defining fight that I know him, and his team, desperately want.

2020 has to be Callum’s year and there’s a number of big fights that stand out for him.

He’s had a taste of what the big stage feels like in his fight with George Groves when he just went in there and basically took him apart, and now he wants to be there again. 2020 has to be Callum’s year and there’s a number of big fights that stand out for him.

He’s desperate for the Saul Alvarez one, but so are many in the sport, so if he can’t nail that down then he should be looking at someone like Danny Jacobs or perhaps Chris Eubank Jr. Those are big names that can get people talking.

Kell needs a big fight and it’s as simple as that. On his day, he’s proven to the world that he’s a fighter capable of performing on the highest level, but 2020 has to be about emphasising that fact even more because it’s been a long time since he’s seen any action.

I know there’s this desire to face Amir Khan because the fight has been mentioned so many times and it’s a brilliant domestic clash, but can Kell wait any longer for it?

The fight I’d like to see for Kell is Liam Smith at 154lbs. That’s a great battle and it’s a fight that should open doors for bigger opportunities for the winner.

There’s good fighters and there’s special fighters and I think Joshua Buatsi falls into the latter bracket because he’s someone who just impresses me every time I watch him, and I think he’s getting better with every fight.

The problem Buatsi has at the moment is that 175lbs is one of the deepest divisions in the whole of boxing and cracking that top 10 is going to be a tough ask in 2020.

Are those looking after him brave enough to make a fight with Jean Pascal? It’s a fight he can definitely win, but would it be worth the risk at this stage of his career.

Conor Benn is a fighter I like a lot and I’ve made no secret of that when you’ve heard me commentating on his fights for Sky Sports. He can fight and there’s no denying that, but people need to remember that he’s still very young and he’s finding his feet in a sport compared to other fighters who’ve had much longer amateur careers.

He’s got good people looking out for him and if he can be matched right in 2020 then it could get interesting for him at the back end of the year.