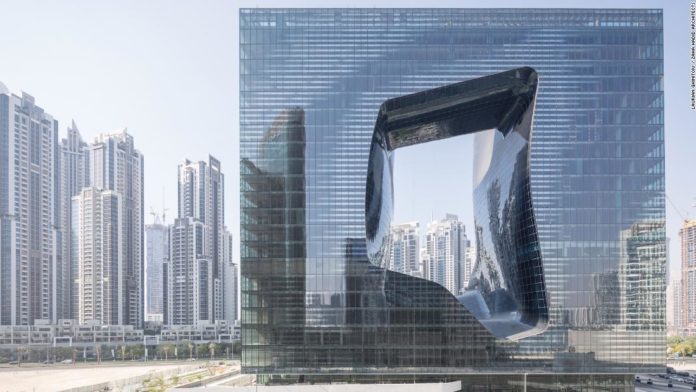 The past year in architecture has been filled with milestones, from the completion of Africa’s tallest building to the opening of Europe’s first underwater restaurant. We also watched in horror as Notre Dame burned, gained new “supertall” skyscrapers and lost industry giants like I.M. Pei and César Pelli.

But at the dawn of a new decade, it seems fitting to look ahead at the structures set to shape our cities — and architecture itself — in the coming year.

From museums and skyscrapers, to a hotel with a hole in it, these are CNN Style’s most anticipated buildings opening or completing in 2020.

Twisting from a triangular base to a rectangular top, Vancouver House appears to defy the laws of engineering when viewed from afar.

It’s precisely the sort of eccentricity we’ve come to expect from Bjarke Ingels, the Danish architect who recently built a ski slope on top of a power plant in Copenhagen. But it’s also a smart response to various restrictions and regulations that limited the size of the tower’s footprint in downtown Vancouver.

The pixelated facade, also characteristic of Ingels’ work, helps to create deep-set balconies for residents in the 493-foot-tall tower.

Taking inspiration from traditional Chinese “shanshui” paintings (literally “mountain and water”), Ma Yansong’s curved creations merge nature with the built environment. This new 23-acre development in the historic city of Nanjing is surely the most ambitious realization of the architect’s “shanshui city” concept to date.

Irregular white fins give the complex’s towers the appearance of icy mountains, their flowing lines contributing to what Beijing-born Ma’s firm, MAD, describes as a “philosophy of cooperation between humanity and nature.” At ground level, six separate plots are connected via man-made streams and footbridges.

With the country’s authorities pushing for increasingly conservative architecture, the complex is a refreshing reminder of what bold Chinese architecture can look like.

Snøhetta made international headlines last year when its underwater restaurant — Europe’s first — opened near the southernmost tip of Norway. But the design firm has also gained a reputation for innovative carbon-negative buildings that, over their lifetimes, produce more energy than they consume.

Located on the banks of the Porsgrunn River, the practice’s latest “energy-positive” project, Powerhouse Telemark, has been designed to “set a new standard for the construction of the buildings of tomorrow.”

Everything about the sleek structure, which is almost entirely coated in photovoltaic cells, has its carbon footprint in mind, from a diamond shape that maximizes the solar energy it captures, to the use of recycled materials from local demolition projects.

In designing a museum on a site littered with historic buildings, architecture firms Hassell and OMA faced a delicate task: building a 21st-century museum while preserving the surrounding heritage.

The result is a striking contemporary creation that complements, interacts with and wraps around existing structures — some of which date back to the mid-19th century — producing an unlikely synergy of brick, glass and steel.

Perhaps the most striking feature is how the museum’s huge upper volume hangs dramatically over Hackett Hall, the State Library’s old reading room.

Such have been the delays facing the Grand Egyptian Museum that it featured on this very list two years ago — and the $1-billion project is still yet to open.

Having said that, 2020 looks sure to be the year it finally does. As well as offering a permanent home to tens of thousands of archeological treasures, including the entire contents of Tutankhamun’s tomb, the 5.2-million-square-foot museum symbolizes efforts to repair the country’s tourism industry in the wake of the 2011 revolution.

The building’s glass-fronted design, first unveiled over 15 years ago, will offer sweeping panoramas of the Great Pyramids and Giza plateau.

Berlin’s new Brandenburg airport is, perhaps, less anticipated for its design than for the fact it’s almost a decade late.

Following years of setbacks, the German capital’s new transport hub is finally due to open its doors in 2020. And while it wouldn’t be the project’s first missed deadline (officials initially expected it to open in October 2011), there seems to be an air of certainty about the recent announcement that the airport would enter operation in October.

More than three years after her death, Zaha Hadid continues to shape the world’s cities with her bold, curvilinear creations.

Opus, which was first proposed by the British-Iraqi architect in 2007, takes the form of a glass-fronted cube punctured with an asymmetric hole that appears to bulge at the seams. Yet, closer inspection reveals that the building is formed from two separate towers joined by a four-story atrium at its base and a footbridge connecting the upper floors.

The structure will house a boutique hotel — with interiors also designed by Hadid — as well as office space and restaurants. Despite being located just a kilometer from the 2,717-feet-tall Burj Khalifa, it might yet be the neighborhood’s most eye-catching piece of architecture.

British designer Thomas Heatherwick has never been short of ambition. And now his seemingly farfetched vision of a tree-covered urban mountain has become a reality.

The 3.2-million-square foot development now occupies a huge stretch of riverside in Shanghai. Structural columns emerge from the structure’s mass to hold some of the plants and greenery alluded to in the project’s name, 1000 Trees.

More than a piece of architecture, this is, in Heatherwick Studio’s own words, “a piece of topography.”

Set across a huge swathe of reclaimed land in Hong Kong’s Victoria Harbour, the West Kowloon Cultural District has been more than 20 years in the making. And of the many theaters and cultural institutions set to eventually open in the development, none are more hotly anticipated than M+.

The museum is expected to have one of the Asian continent’s most impressive collections of contemporary visual art. Swiss architecture firm Herzog & de Meuron has built a visually arresting design to boot — a horizontal slab (containing exhibitions spaces) and a vertical one (housing everything else) conjoined into an upside-down “T.”

Although the building is set to complete within the next few months, it will be another nine to 12 months before it is opened to the public. Nonetheless, the completion of M+ is a major milestone for the long-awaited cultural quarter.

From October, Expo 2020 will see hundreds of participating countries construct pavilions in and around Dubai. There will be plenty of impressive architecture on display, from Canada’s circular wooden theater to Austria’s ensemble of huge interlocking cones.

But perhaps the most ambitious idea is that of Singapore: to create an oasis in the Arabian desert.

The city-state’s pavilion will bring dense greenery to the UAE, with canopies leading visitors through a lush hanging garden of trees, shrubs and orchids. And the architecture firm behind the project, WOHA, thinks it can make the project energy neutral over the course of the expo.

Innovations to that end include solar-powered desalination systems for irrigation and a cantilevered roof to provide shade.