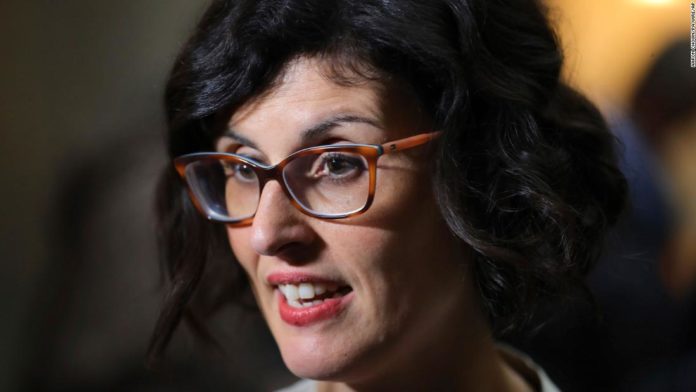 “About six months ago I started a relationship with a woman, and that was quite surprising, because before that I’d only ever had boyfriends,” Layla Moran, a Member of Parliament for the opposition Liberal Democrats, told the PinkNews LGBT website.
Someone who is pansexual is attracted to people of any gender. According to Stonewall, Britain’s leading LGBT charity, the term “pan” refers to “a person whose romantic and/or sexual attraction towards others is not limited by sex or gender.”
The MP for Oxford West and Abingdon, who is her party’s spokesperson on education and culture, told PinkNews: “We’re in a really committed, loving, supportive, relationship, and I feel now is the time to talk about it, because as an MP I spend a lot of my time defending our community and talking about our community. I want people to know I am part of our community as well,” she said.
“2020 is a new decade and a new path in my journey. Last year I fell in love with a wonderful woman. Something I’d never even considered before. Now I am just happy #Pansexual #OutAndProud,” Moran posted to Twitter on Thursday.
According to the LGBT Foundation charity, Moran is the first openly pansexual MP.
“Thank you for sharing this with the world Layla,” the foundation said on Twitter. “Visibility is crucial in creating a fairer and more equal society. Your decision to come out will inspire and give courage to many,” it added.
When asked to explain pansexuality to someone who might not be familiar with it, Moran told PinkNews: “Pansexuality, to me, means it doesn’t matter about the physical attributions of the person you fall in love with, it’s about the person themselves.”
The MP added that she worried about what colleagues in Parliament would think, describing Parliament as a “weird, backwards place,” but she said there were some lawmakers in lesbian relationships who acted as role models.
A spokesperson for Moran told CNN that she would not be commenting further.
According to the LGBT Foundation, pansexuality is different from bisexuality, although the two aren’t mutually exclusive. “Being bisexual means being attracted to more than one gender, while being pansexual means being attracted to people regardless of gender,” the foundation wrote on its website.