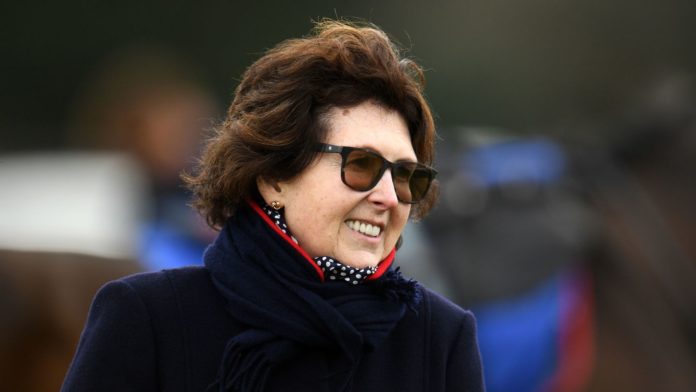 Burtons Well has “big footprints to fill” for the Venetia Williams team in the Unibet Veterans’ Handicap Chase at Sandown on Saturday.

The race is being run in honour of last year’s winner, the Williams-trained Houblon Des Obeaux, who sadly died at the track last month.

Burtons Well is a lightly-raced 11-year-old who won first time out this season at Aintree, but disappointed at Haydock last time out.

“We didn’t see the best of him at Haydock for whatever reason, but I hope he puts up a good performance for us,” said Williams.

“He’s got some big footprints to fill, so I hope to see him at his best.

“It’s going to be an emotional day anyway – it’s lovely they are naming the race after Houbie.”

Anthony Honeyball has had the £100,000 prize as the target for Jepeck since last March, when he finished second to Takingrisks at Carlisle.

“We’d had a bit of bother with him last season, but he finished second at Carlisle to the horse who went and won the Scottish National and we were rated 127 at the time,” said Honeyball.

“We just felt given he was qualified for it and he needs to go right-handed, we were always looking to come for this race.

“From then on we’ve been hurdling with him. He’s gone up a little bit in the weights, but he’s won two and given his owners plenty of fun in the meantime.

“We never wanted to go back chasing until this race, as for a horse with his rating to be running in a £100,000 race is brilliant. It’s worked out really well – he’s nearly favourite.

“He won 10 point to points before he joined us, but he’s not overly-exposed under rules. He’s got a decent engine, the ground isn’t as soft as it normally is for this meeting, but it should be soft enough.

“It’s been a great initiative, it’s a lovely race and hopefully it comes off.”

Evan Williams won the race two years ago with Buywise and has two chances with top-weight King’s Odyssey and On Tour.

“King’s Odyssey has been a lovely old boy over the years without winning much. He has won a couple of nice ones, but he’s always promised to win a very good one somewhere,” said Williams.

“It was great to get his head in front last time, but it will be tough off top-weight.

“He’s a fresh old horse and has competed at a very decent level in his time – it’s worth a crack.

“On Tour is a funny character and is more than capable on his day, he ran well enough in this last year (third).

“We’ve put headgear on for the first time so it’s worth a try, but it looks to me like everything in the race can win. They both deserve to take their chance, but I wouldn’t be confident.”

Colin Tizzard’s Theatre Guide, who was second last year, is back again.

Assistant trainer Joe Tizzard said: “He’s still a solid horse and has been consistent for the last four or five years.

“It doesn’t get any easier for him, obviously, but he seems in good form and deserves to be there.”