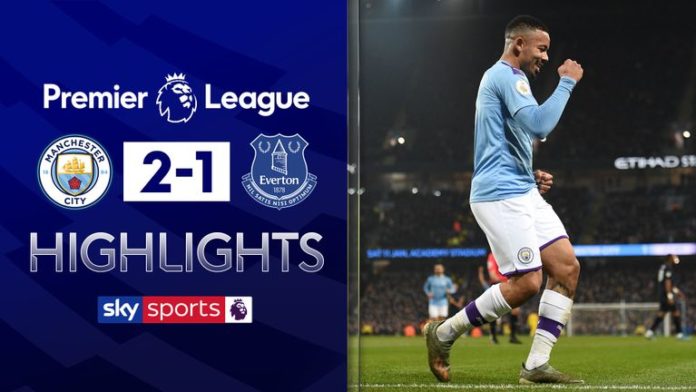 Liverpool host Everton, Wolves welcome Man Utd, Gillingham take on West Ham and Leeds travel to Arsenal in the pick of the fixtures

The FA Cup takes centre stage this weekend as Premier League and Sky Bet Championship teams join the third round, with fixtures including Liverpool vs Everton.

The games are kicking off a minute later than normal as part of the FA’s ‘Heads Up’ campaign, with the slight delay encouraging fans to take 60 seconds to consider their own mental health and that of those around them.

Goalkeeper Ederson should be available for Man City after missing the midweek clash with Everton through illness.

Nicolas Otamendi is still sidelined by a knock but John Stones is near to a return after a hamstring injury. Aymeric Laporte (knee) is now back in training but is still some weeks away from a return, as is winger Leroy Sane (knee).

Port Vale boss John Askey has no fresh injury concerns ahead of the short trip to Manchester.

Shaun Brisley was an unused substitute for a second straight game in the New Year’s Day draw with Macclesfield after returning from a hamstring problem.

Stat of the match: Port Vale have faced the FA Cup holders twice in their history and eliminated them both times – Blackpool in 1953-54 and Everton in 1995-96. The Valiants are the only team to face the holders of the FA Cup more than once and eliminate them each time.

Follow Man City vs Port Vale on Sky Sports’ digital platforms with our overall FA Cup blog, kicking off at 11.30am.

Manchester United manager Ole Gunnar Solskjaer has indicated he will make changes for the game at Molineux, adding there has been some illness in the team that could affect his selection, although he did confirm Sergio Romero will start in goal.

Diogo Dalot could come into contention as he continues his comeback after injury, with Marcos Rojo, Eric Bailly, Timothy Fosu-Mensah and Axel Tuanzebe all close to returns.

Paul Pogba, Scott McTominay and youngsters James Garner and Dylan Levitt are set to miss out.

Diogo Jota has been ruled out for Wolves after picking up an injury against Watford on New Year’s Day, with head coach Nuno Espitito Santo saying the resulting scans were ‘not good’. Willy Boly (ankle) and Morgan Gibbs White (back) will also be absent.

Stat of the match: Manchester United have been eliminated in the FA Cup third round in just one of the last nine seasons, losing to Swansea City in 2013-14 under David Moyes.

Follow Wolves vs Man Utd on Sky Sports’ digital platforms with our dedicated match blog, kicking off at 4.30pm.

Sheffield United will field a second-string team for their FA Cup third-round clash with non-league AFC Fylde at Bramall Lane. Chris Wilder is set to change the entire side which lost 2-0 to Liverpool on Thursday, saying he has given those players a “few days off to clear their heads and get right”.

Former Everton and Manchester City midfielder Jack Rodwell has signed a short-term contract and could make his Blades debut on Sunday. Phil Jagielka, Mo Besic, Luke Freeman, Billy Sharp and Callum Robinson are among those set to make rare starts.

AFC Fylde are in the third round for the first time but head across the Pennines without the suspended Matty Kosylo. The forward starts a three-match ban after being sent off against National League leaders Barrow on New Year’s Day.

That 1-0 defeat dropped the Coasters into the relegation zone and boss Jim Bentley said some of his players did not do enough to play at Bramall Lane.

Kurt Willoughby, who has been eased back into action after injury, and Nick Haughton both came off the bench against Barrow and are in contention to start.

Stat of the match: Sheffield United were eliminated by non-league opponents in last season’s FA Cup third round, losing 1-0 to Barnet at Bramall Lane.

Liverpool manager Jurgen Klopp has some difficult decisions to make ahead of the Merseyside derby after his side suffered another injury. Naby Keita became the eighth player to be added to the injured list, having sustained a groin problem in the 2-0 win over Sheffield United.

With defenders Joel Matip, Dejan Lovren and Nathaniel Clyne, midfielders Alex Oxlade-Chamberlain, Xherdan Shaqiri, Fabinho and forward Rhian Brewster all out, Klopp finds himself down to just 12 senior outfield players, plus new signing Takumi Minamino and a number of youth team members for the visit of their near-neighbours.

Morgan Schneiderlin is available for Everton after making a full recovery from a calf injury sustained in December. Bernard (knock) and Fabian Delph (knee) will both be assessed before the trip across Stanley Park.

For the remainder of the squad, manager Carlo Ancelotti said: “The other players are okay. They are a little bit tired but that is normal.”

Stat of the match: Everton have played five away matches against Liverpool in the FA Cup – four have been drawn and gone to replays, though the most recent match in January 2018 was won 2-1 by the Reds.

Follow Liverpool vs Everton on Sky Sports’ digital platforms with our dedicated match blog, kicking off at 3pm.

Gillingham boss Steve Evans reported no fresh selection concerns. Forward Alex Jakubiak could be in contention after coming off the bench to score a late equaliser in the 1-1 draw against Portsmouth on New Year’s Day, while midfielder Mark Marshall is another pressing for a start.

Southampton duo Tommy O’Connor and Alfie Jones are set to remain with the Gills on loan until the end of the season.

Midfielder Mark Byrne, though, continues to recover from an ACL knee injury, which needed surgery and will see him miss the rest of the campaign.

West Ham will check on goalkeeper Lukasz Fabianski ahead of the trip to Kent. The Poland stopper missed training on Friday as he continues to manage his return from a hip problem, so will be assessed, along with fellow goalkeeper David Martin (thigh).

Michail Antonio (hamstring) has not played since the defeat by Leicester on December 28, while midfielder Jack Wilshere is recovering from a groin injury. David Moyes is likely to utilise the squad, with Manuel Lanzini, Carlos Sanchez and 22-year-old Swiss forward Albian Ajeti all options.

Stat of the match: In each of the last two seasons, the side eliminating West Ham from the FA Cup has been from League One – Wigan in 2017-18 and AFC Wimbledon in 2018-19.

Follow Gillingham vs West Ham on Sky Sports’ digital platforms with our overall FA Cup blog, kicking off at 1pm.

Arsenal will be without Calum Chambers (knee) with the defender set to be sidelined for six to nine months after undergoing surgery. Kieran Tierney is another long-term absentee after dislocating his shoulder last month.

Hector Bellerin and Gabriel Martinelli have both had hamstring issues and will be assessed ahead of the game.

Leeds boss Marcelo Bielsa is expected to make changes, with loan signing Eddie Nketiah returning to Arsenal and Tyler Roberts could play if he has proved his fitness following hamstring trouble.

Barry Douglas may deputise for left-back Ezgjan Alioski, who came off at half-time against West Brom, and teenage goalkeeper Illan Meslier hopes to make his debut.

Versatile 20-year-old Robbie Gotts could also finally get his debut after been named on the bench 32 times in the Championship since Bielsa’s arrival in 2018.

Stat of the match: This will be the 17th FA Cup match between Arsenal and Leeds and the first since January 2012, when the Gunners won 1-0 in the third round thanks to a goal from Thierry Henry.

Follow Arsenal vs Leeds on Sky Sports’ digital platforms with our dedicated match blog, kicking off at 6.55pm.