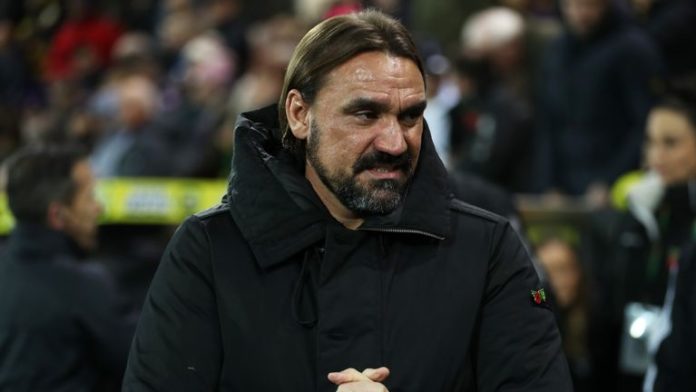 Teemu Pukki (hamstring) is out for the FA Cup third-round clash with Preston; Canaries’ top scorer also a doubt for the clash with Manchester United in the Premier League on January 11

Daniel Farke says Norwich will “stay awake” in the January transfer window but will not be panic-buying any new players to try to avoid relegation from the Premier League.

The top flight’s bottom club are seven points adrift of safety and are without a win since November.

Their prospects of securing top-flight survival in the short-term have been further complicated with forward Teemu Pukki, who has scored nine goals in 21 league matches this term, currently sidelined with a hamstring problem.

Despite the possibility of relegation looming large, Farke insists that buying multiple players is not the solution to improving the Canaries’ league position.

“The January market is always a difficult market and I’m not tempted to do too much business,” Farke said.

“But we will not fall asleep we will stay awake and if there is an opportunity to strengthen our squad we will do this.

“But we will not do this out of a ‘panic buy’, it should make sense also for the future.”

As well as Pukki, Farke has to do without injured duo Josip Drmic and Dennis Srbeny on Saturday, meaning that Adam Idah is the only recognised forward available for the away trip to Preston in the FA Cup third round.

With the number of options in attacking positions appearing sparse, Norwich’s head coach believes it will be hard to convince potential transfer targets to consider a move to Carrow Road, given the club’s current league position.

“The easiest way when you want to spend money is to do this in the summer window because the market is a bit cheaper and you can always attract more players,” Farke added.

“In January it is a bit tricky because you will find players who are not so much in their rhythm, if you are not in the position where we can guarantee Premier League football next season it makes it a bit more difficult.”

Farke also said that defenders Christoph Zimmerman and Grant Hanley will be assessed ahead of their FA Cup clash with Alex Neil’s Preston, who are currently 10th in the Sky Bet Championship.

Meanwhile, winger Patrick Roberts, who had not started a game for Norwich all season, recently ended his loan spell from Manchester City to join Middlesbrough until the end of the campaign.

Emiliano Buendia also remains a target for Aston Villa, while Max Aarons is being linked with a move to Tottenham.