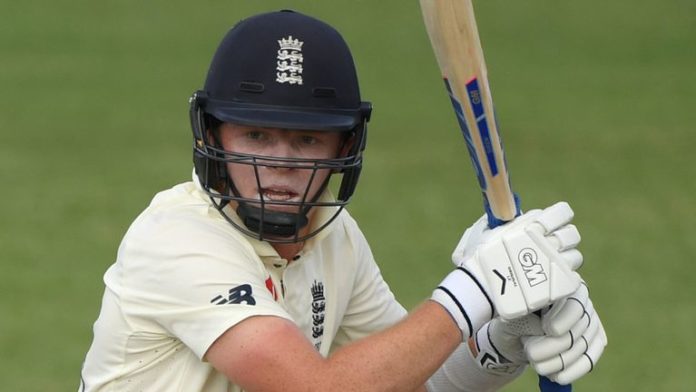 Ollie Pope’s second half-century for England on day one of the second Test against South Africa was refreshing in its fluency and decisiveness, says Nasser Hussain.

REPORT | SCORECARD | AS IT HAPPENED

Pope’s unbeaten 56 was the top score on a day that saw the tourists collapse from 105-2 to 262-9 after skipper Joe Root won the toss and opted to bat at Cape Town.

The Surrey batsman was forced to miss the first Test defeat to the Proteas after falling ill just before the match but returned as a beacon of hope as England threatened to implode against a disciplined South Africa attack.

“Pope’s innings was more than a highlight – not just of today but of England’s batting over the last couple of years,” reflected former skipper Hussain.

“I found it refreshing to have a young man come in who wasn’t robotic, wasn’t over-coached, who had an off-side game and who got the tempo of his batting spot on.

“He’s done it for a little while now for Surrey and also playing for England in warm-up games.

“He looks like a proper international batsman – a player you can’t just dry up by bowling outside off-stump.

“He looked fluent and he also looked smart in the way that he handled the tail-enders; that was absolutely spot on.”

England’s batting display disappointed overall, however – the innings producing just two stands of over 50, between Joe Denly and Dom Sibley and between Pope and Ben Stokes.

Hussain said that the tourists had missed a good opportunity to get a foothold in the series after winning the toss.

“England were poor overall – very poor,” he said. “I know there was a little bit of uneven bounce towards the end of the day but that struck me as an old-fashioned Test match pitch.

“It looked like a 300-5 sort of pitch but if you look at England’s individual scores, nearly every batsman got in and got out.

“There were soft dismissals in there. I thought it was a very average performance.

“If anyone wonders why, when you look at England’s averages, there’s no one apart from Root averaging over 40 that performance tells you.

“When it nips around in England with the Dukes ball you’ve got an excuse, as you have a little bit at Centurion.

“Then you come here and find a flat pitch and you don’t convert your starts, you will be averaging between 25 and 40.

“Getting in and out at Centurion was not a problem because nearly every batsman said ‘there’s a bit in this pitch, you never feel in’.

“Getting in and out on this pitch is inexcusable. That is a day to book in for bed and breakfast and go big and yet again, England’s batsmen refused to do that.”

Watch live coverage of day two of the second Test between South Africa and England live on Sky Sports Cricket from 8am on Saturday.