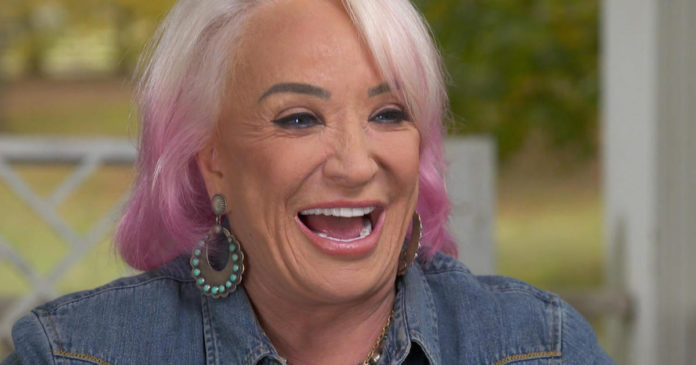 Country music star Tanya Tucker is known as much for her hit records as she is for making tabloid headlines. She said the heartaches and struggles are all part of her success, in an interview with Bob Schieffer for “CBS Sunday Morning,” to be broadcast January 5.

Tucker’s latest album, “While I’m Livin’,” has earned raves with critics and has been nominated for four Grammy Awards. Nearly five decades into her career, fans continue to line up along the way on her concert tour.

She prefers that the current phase of her career not be called a comeback, but rather a relaunch. “It wasn’t something that I had really planned out, and it really just kind of happened,” she said.

Tucker, 61, hit it big as a 13-year-old with the song “Delta Dawn.” She since went on to make 25 studio albums, including the hit singles “Would You Lay with Me” and “Some Kind of Trouble.” However, aspects of her personal life – drinking, drugs, and a volatile relationship with Glen Campbell, to name a few – often grabbed more attention than her music.

Did the tabloid headlines hurt her singing career? “You know, it could have,” she told Schieffer. “But in kind of a funny, back-asswards way. I feel like … those mistakes are part of my success. To be able to go through those things and come out on the other side, I think, is success. I don’t think you could be successful unless you’ve had a lot of failures, and I’ve had some.”

Tucker also talks with Schieffer about her career, her new music, and advice she got from her father.