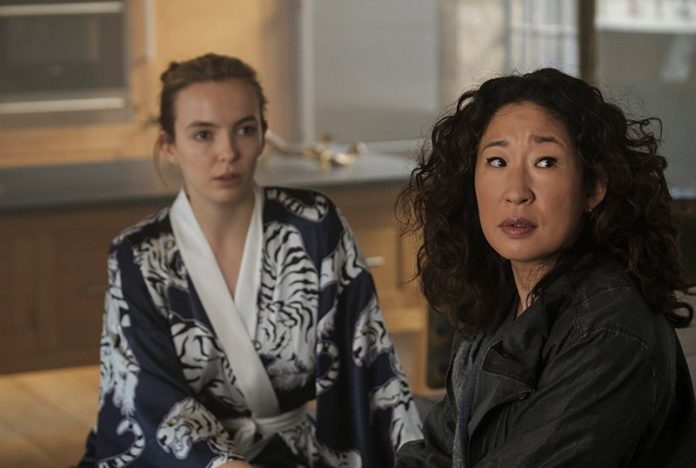 Killing Eve renewed for Season 4 ahead of Season 3 premiere

BBC America has renewed its award-winning thriller Killing Eve for a fourth season ahead of the series’ Season 3 premiere this spring, according to The Hollywood Reporter.

“How could we not have massive confidence in Killing Eve? It has won big in every major award show and is the highest growing show on U.S. television for six years,” said Sarah Barnett, president of AMC Networks Entertainment Group and AMC Studios. “The reason for this series’ emphatic embrace is the brilliant women who breathed it into being: Phoebe Waller-Bridge, Emerald Fennell, Sandra Oh, Jodie Comer, Fiona Shaw and its fairy godmother, executive producer Sally Woodward Gentle. Season three lead writer Suzanne Heathcote takes Eve, Villanelle and Carolyn to places more thrilling, twisted and surprising than ever. Our addicted fans will not be disappointed.”

The series left off with an explosive cliffhanger at the end of season two, as Carolyn seemingly betrayed Eve (Sandra Oh) before Villanelle (Jodie Comer) shot Eve, leaving her for dead in Rome. In the next season of Killing Eve, Suzanne Heathcote (Fear the Walking Dead, See) will be replacing Emerald Fennell as the new showrunner and lead writer which is in line with the show’s tradition of passing the baton to a new female writing voice.

RELATED: Mandatory Streamers: Doctor Who Rings in the New Year