Home Sport Should England have one selector? 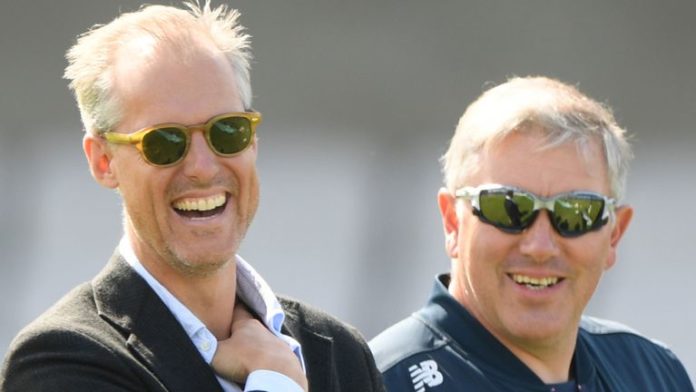 Should England have one selector who picks squads and the final XI?

Alec Stewart reckons so, with the former England batsman and current Surrey director of cricket proposing the idea on the Cricket Debate after day one of the second Test in Cape Town.

England picked Dom Bess ahead of fellow spinner Matt Parkinson at Newlands, despite the Somerset bowler not having been included in their initial squad and only called up due to Jack Leach’s illness.

Stewart feels some of the “mixed messages” would be removed if there was one man in charge and thinks that should be head coach Chris Silverwood.

“I have a problem, and have had for a number of years, about the way England squads are picked,” Stewart said on a show you can listen to in the player above or by downloading here.

“When it comes to cricket, it appears Smith picks the squad in consultation with the coach, James Taylor and the captain [Joe Root] – but who picks the XI?” added Stewart.

“Is it Smith, is it Silverwood, is it the captain? There is not enough accountability or consequence for good or bad selection. It’s a big thing for me – one person should be in charge.

“He has his own scouts – trusted allies whose judgement he implicitly trusts so that when he makes the selection it is the right selection for him.

“If it works, you pat him on the back, if it doesn’t, he takes the consequence. I would have Silverwood, the coach, as that man

“You could say he doesn’t see enough county cricket but if he has his trusted scouts giving him feedback, then he makes judgements on the way he wants his team to play. Plus, he sees everything on computers. That’s how I believe it should be – accountability and responsibility.

“Silverwood may not have the squad he wanted [in South Africa]. If England do poorly and he got moved on – not that I’m suggesting that – he could easily turn round and say ‘it’s not the XI or squad I wanted’.”

Stewart’s fellow debate guest Vikram Solanki says Bess – who was out for a golden duck as England tumbled to 262-9 by stumps on day one against South Africa in Cape Town – is a much-improved bowler to the one who played two Tests at home to Pakistan in 2018.

“Bess has been very impressive recently,” Solanki said of the 22-year-old, who he recently worked with at a spin-bowling camp in Mumbai.

“All the qualities you hear about his competitive nature and how hard he is prepared to work were very evident and there has been a degree of improvement with the ball.

“He is getting more on the ball and hopefully he can give a good account of himself in this Test match. He was outstanding on the spin camp.”

Bess’ inclusion means leg-spinner Parkinson is still waiting for his Test debut and Stewart added: “It would appear England have called for Bess because they don’t believe Parkinson is quite ready for Test cricket, which is understandable when he played just four County Championship games for Lancashire in 2019

“This could do Parkinson more damage than good. We only have to go back a few years where we have seen leg-spinners Mason Crane and Scott Borthwick and, a bit further back, Chris Schofield picked when they weren’t ready. It set them back and I hope it doesn’t happen to Parkinson.”

Also on The Cricket Debate, Vikram and Alec discussed…

– Whether opener Dom Sibley will be a success at Test level

Watch day two of the second Test between South Africa and England, in Cape Town, live on Sky Sports Cricket from 8am on Saturday.