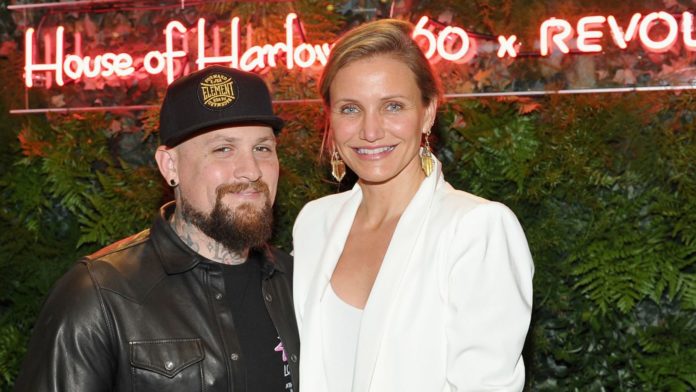 Cameron Diaz has announced the birth of her first child at the age of 47.

The actress revealed the news on Instagram and said she and husband Benji Madden had named their daughter Raddix.

The Hollywood star and Good Charlotte guitarist, 40, both shared a message on their Instagram accounts.

They said they were “overjoyed” but felt “a strong instinct” to protect her privacy and did not intend sharing any pictures.

The message read: “Happy New Year from the Maddens! We are so happy, blessed and grateful to begin this new decade by announcing the birth of our daughter, Raddix Madden.

“She has instantly captured our hearts and completed our family.

“While we are overjoyed to share this news, we also feel a strong instinct to protect our little one’s privacy.

“So we won’t be posting pictures or sharing any more details, other than the fact that she is really really cute!! Some would even say RAD:)

“From our family to all of yours, we’re sending our love and best wishes for a Happy New Year and Happy New Decade…”

There’s Something About Mary actress Diaz married Madden in 2015 in an intimate ceremony at their home in Los Angeles, after dating for eight months.

Later that year Madden cemented their romance by getting her name tattooed across his chest.