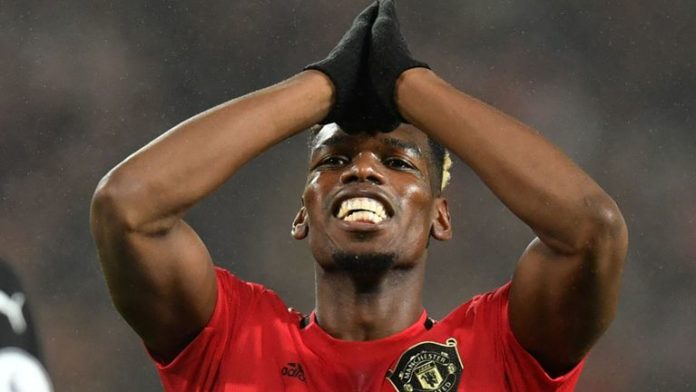 Ole Gunnar Solskjaer believes Paul Pogba’s agent, Mino Raiola, was wrong to publicly criticise Manchester United and says he will speak to the midfielder about the situation.

Raiola told Sky Sports News on Tuesday that Pogba is happy at United and will stay at the club – as long as they fight for trophies.

But the agent has since done an interview in Italy, saying he would not send any of his other clients to United – “a club out of touch with reality” – as they would “ruin Maradona, Pele and Maldini”.

Asked if agents should speak about clubs ahead of Saturday’s FA Cup third-round tie against Wolves, United manager Solskjaer said: “No.

“I can speak to Paul about it. I don’t think I should talk to – or about – agents that talk about us.

“But Paul is our player and agents are hired by players – not the opposite way around. It is not agents’ players, it is our players.”

Asked if he had expressed dissatisfaction to Pogba about Raiola’s comments, he added: “What me and Paul are talking about, I don’t have to talk to you about. That will be between us.”

Pogba, who has not started a match for United since September, made two substitute appearances in December – against Watford and Newcastle.

During his return to action Pogba suffered a “different injury” to his ankle, says Solskjaer, and following scans it was decided the 26-year-old would undergo an operation.

It means United will be without Pogba for another “three or four weeks”, fuelling further speculation about his future.

Asked if it would help for Pogba to clarify his future publicly, Solskjaer said: “Paul’s very committed to coming back, playing well for us and it is hard when you are injured to go and talk about all sorts.

“I think his talking needs to be when he comes back on the pitch.”

United are also without another key midfielder, with Scott McTominay sidelined for the next two months after suffering knee ligament damage in the 4-1 win over Newcastle last month.

Solskjaer says it is a “big blow” with Nemanja Matic and Fred United’s only remaining senior options in central midfield.

Timothy Fosu-Mensah, who had an unsuccessful loan spell at Fulham last season, could fill in for United in midfield when he comes back from injury, says Solskjaer.

Andreas Pereira has also provided cover in centre-midfield at times this season.

“We will have to just find a way,” added Solskjaer, who maintains that United are looking at players this January but will only buy if their targets become available at the right price.

“If you’ve got the two players rotating like we do now with Nemanja and Fred it will be a hard task for them and we’ll just have to ask them to keep going if they can.

Matic, who is out of contract at the end of the season and a target for Atletico Madrid, will not be leaving United in January, according to Solskjaer.

“He’s been working hard to get back in and now he’s here and playing well,” said Solskjaer.

Asked if Matic could earn a new contract with his improved role in the side, the United manager added: “There’s always a chance for that, of course there is.

“It is what you do on the pitch that is decisive. That’s football, if someone drops out you have to be ready.”

Solskjaer hits back at RvP

Former United striker Robin van Persie, working in his new role as a TV pundit, was critical of Solskjaer for smiling in his post-match interview after the New Year’s Day defeat at Arsenal.

Asked about the Dutchman’s comments, Solskjaer said: “I don’t know Robin and Robin doesn’t know me.

“He probably doesn’t have a right to criticise my management style and I won’t change. That’s definite.

“And Robin, yeah he took my No 20 and that’s probably all he’s going to take from me as well.”