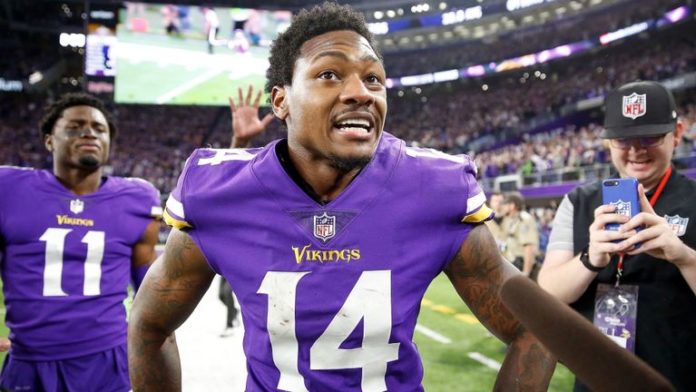 Two years on from the Minneapolis Miracle, can the Saints get their own back against the Vikings?

Marcus Williams owns an unwanted place in NFL history, symbolic of playoff football’s spine-tingling dramatics and cinematic plot twists. Two years on and history has given him and the New Orleans Saints the chance to bury that ‘Minneapolis Miracle’ hatchet.

January 14, 2018. It’s third-and-10 with 10 seconds remaining as defused support inside U.S. Bank Stadium depicts a desperate situation for the Minnesota Vikings, who trail 24-23. Little did they know shattered expectations would soon prove a warning for the most remarkable and unlikely of finishes.

Case Keenum takes the snap, shuffles back and then steps into a pass intended for Stefon Diggs on the right sideline. By now something has twitched in Williams’ mind, perhaps in light of heightened pressure, as a minor lapse, an erratic impulse encourages him to engage.

A missed tackle later and the Saints safety is picking himself up off the ground to witness Diggs racing to the house for a 61-year-old walk-off touchdown. Cue disbelief, cue ecstasy, cue football at its devastating best.

The Saints will get another shot at the Vikings in Sunday’s Wild Card matchup, this time in their own backyard.

There is a reluctance from both teams to cite that unforgettable night in Minnesota, but that won’t stop the memory of the ‘Buffalo right, seven heaven’ play-call from lingering over the Superdome.

Minneapolis heartbreak – use or forget?

There was more to the Saints defeat than Williams’ mistake, with Alvin Kamara having been stuffed short of a first down on a third-and-one with 33 seconds left in the game. Convert there and Sean Payton’s men are in excellent shape to drain the clock.

“When you have a tough loss like (the Minneapolis Miracle), you always wonder how your team is going to respond the next year, and, of course, last year we had another challenging game at home here,” Payton told reporters.

“So, I feel like we’re battle-tested a little bit that way and really came back again strong.”

New Orleans enter the game not only fuelled by heartbreak in Minnesota, but also last year’s 26-23 loss to the Los Angeles Rams in the NFC Championship game, during which they had been tied 20-20 at their opponents’ 13-yard line needing a first down to run down the clock and kick a game-winning field goal.

The latter had been marred by a controversial no-call on Nickell Robey-Coleman for what was a helmet-to-helmet hit and clear pass interference on the Saints’ crucial third-and-10.

For the Saints to twice recover from demoralising setbacks by making the playoffs as one of the strongest outfits says a lot about both the desire and talent throughout their camp.

It should be noted the Saints went on to beat the Vikings 30-20 the following season, however victory in the playoffs will likely go further towards erasing the heartbreak from earlier that year.

The Titans and Patriots have been trending in opposite directions. Will Tennessee hand New England an early exit?

They won’t carry a sense of entitlement into the game, but there is a built-up frustration capable of leading them to Miami on February 1.

Saints have the weapons

Beyond that night two years ago and its implications, the real storyline as far as the Saints should be concerned is the fine form they displayed at the end of the regular season. All things considered, they head into the game very much as favourites.

Following a thrilling 48-46 defeat to the San Francisco 49ers, in which they were extremely unfortunate, they finished the year on a three-game winning streak with upwards of 30 points in each. Were it not for the NFC’s depth of contenders, they might well have been enjoying a first-round bye.

Brees attracted doubts earlier in the year but heads into the post-season having just won the NFC Offensive Player of the Month award for December.

The veteran quarterback threw 15 touchdown passes in four games on his way to becoming the NFL’s all-time leader in that department, seeing out 2019 with a completion percentage of 74.3 and 281 of 378 for 2,979 yards, 27 touchdowns and just four picks.

In Michael Thomas they boast the NFL’s leading receiver with 149 catches for 1,725 yards and nine touchdowns, while tight end Jared Cook has emerged as a powerful red zone target with 246 receiving yards and five touchdowns in his last four outings.

The pair will come up against a struggling Vikings secondary, with cornerback Xavier Rhodes having allowed the highest completion percentage in coverage in the league this season (84.3) as well as the third-highest passer rating (127.8).

Kamara meanwhile has two rushing touchdowns in back-to-back games and has registered the fourth-most receiving yards for a running back in the league this season.

On the other side of the ball Williams himself leads the Saints with four interceptions and has 13 pass defenses on the year, not to mention a touchdown.

Defensive end Cam Jordan is third in the league with 15.5 sacks and the Saints defense as a unit is ranked fourth against the run, allowing just 91.3 yards per game. Marshon Lattimore is another obstacle the Vikings and Diggs in particular must combat, evidenced by his tied-11th 14 pass defenses.

The Saints have the weapons on offense to cause the Vikings nightmares and enough playmakers on defense to shut down Kirk Cousins and Dalvin Cook.

Keys for the Vikings?

Cook will have to play a starring role if the Vikings are to overcome the Saints this weekend as the running back prepares to return to the field after missing the final two games of the regular season through injury.

The third-year running back rushed for 1,108 yards off 241 carries for 13 touchdowns this year, as well as finishing with 50 catches for 503 yards to rival Kamara’s threat in the open field.

Between him and fellow back Alexander Mattison, the job will be keeping Brees and the Saints offense on the sideline for as long as possible.

Again though, Cook’s influence will be reliant on Cousins being able to dictate the game and get the Vikings off to a good start. For all his signs of encouragement this year, this is the kind of game the former Redskins play-caller was signed up for and the kind of game that may decide how much longer he spends in Minnesota.

Providing he is passed fit to play, Eric Kendricks will be important in thwarting Kamara and Latavius Murray as his side’s leader with 110 tackles and the No 1 ranked linebacker in pass defenses with 12. Jordan’s value to New Orleans is mirrored by fellow defensive end Danielle Hunter, who is tied-fourth in the NFL and first on the Vikings with 14.5 sacks.

Aside from Howard’s trouble in coverage, safety Anthony Harris is tied-first with Stephon Gilmore and Tre’Davious White for most interceptions with six.

It will take all of Minnesota’s cogs stepping up if they are to upset the Saints once again.

Sunday’s coverage begins at 5.30pm on Sky Sports Action, with the Vikings at Saints followed by Seattle Seahawks at Philadelphia Eagles.