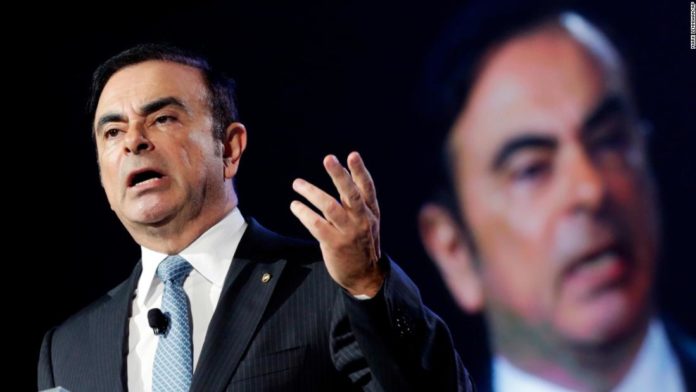 MNG Jet said in a statement Friday that two of its jets were used “illegally” to transport Ghosn without the knowledge of company management. The company said it has filed a criminal complaint.
MNG said it had leased two separate planes to different clients that did not appear to be connected. One was chartered from Dubai to Osaka and then Osaka to Istanbul, while the other was booked from Istanbul to Beirut.
Turkish police launched an investigation into Ghosn’s escape on Thursday, detaining seven people on suspicion of involvement in the plot.
One employee under investigation by Turkish authorities had admitted to falsifying records, according to MNG.
“He confirmed that he acted in his individual capacity, without the knowledge or the authorization of the management of MNG Jet,” the company said.
Ghosn — the former chairman of Nissan and Mitsubishi Motors, and former chairman and CEO of their alliance partner, Renault — had been awaiting trial in Japan on charges of financial wrongdoing, including allegations that he understated his income for years and funneled $5 million of Nissan’s money to a car dealership he controlled. He was ousted from his posts at Nissan (NSANF) and Mitsubishi Motors following his arrest in November 2018, and later resigned from Renault (RNLSY).
As a condition of his release on bail, Ghosn was required to stay in Japan. But his case was upended earlier this week after Ghosn revealed that he had fled Japan for Lebanon to escape what he called a “rigged” justice system.
Authorities have been scrambling to figure out how Ghosn pulled off the escape. Prosecutors in Tokyo raided the home where he had been staying on Thursday. Ghosn has denied reports that his family were involved in helping him flee.
— Gul Tuysuz contributed reporting.