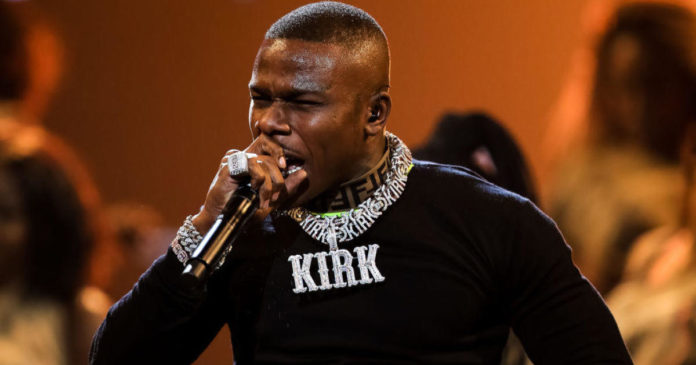 Grammy-nominated rapper DaBaby was arrested in Miami after an argument with a music promoter, Miami police said in an arrest warrant. The rapper, whose real name is Jonathan Kirk, claimed the music promoter was $10,000 short on payment for a performance, leading to an altercation on Thursday, according to the warrant.

After allegedly punching a man who was with the promoter, the report said Kirk and a group of men approached the promoter and hit him after he fell to the ground and they allegedly doused him with apple juice. One of the men allegedly took $80, a bank card and a iPhone, the victim told police.

Kirk was booked into the Miami-Dade jail just before midnight and appeared before a judge on Friday. He will remain in custody until further notice, Miami-Dade Corrections told CBS Miami. Police said they found a warrant for his arrest in Texas on a battery charge, The Associated Press reported.

Last week, Kirk was arrested and charged with marijuana possession in his hometown of Charlotte, North Carolina.

The next day, Kirk defended himself on Twitter: “Someone died last night while the police department wasting resources and officers to harass me in attempt to make a bad example out of me. When in reality, I’m the most positive example the city of Charlotte got. Especially for anybody in the streets of Charlotte and the KIDS.”

Kirk accused officers of illegally searching his car while he was on stage. “They follow me, they pull us over for no reason, they search our cars,” Kirk told reporters.

The Charlotte-Mecklenburg Police Department said they had launched an internal affairs investigation into the search. Police said they smelled the odor of marijuana coming from the vehicle and approached Kirk after his concert ended.

Kirk was in South Florida for a New New Year’s Eve performance at a Miami Beach nightclub. Thursday’s incident began at Novotel Miami Brickell, where Kirk was staying, according to the arrest report. Before the concert, Kirk had handed out toys to underprivileged children in Charlotte.