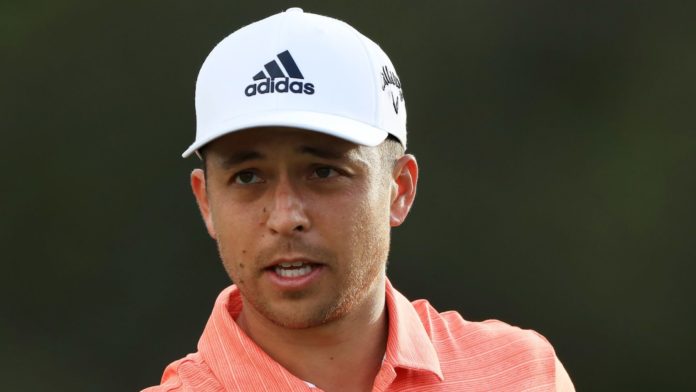 Xander Schauffele continued his bogey-free start to move top of the leaderboard at the halfway stage of the Sentry Tournament of Champions.

The defending champion, who claimed a dramatic one-shot victory in last year’s event, posted a five-under 68 in wet and windy conditions on the Plantation Course in Kapalua.

Schauffele heads into the weekend on nine under and a shot clear of Patrick Reed and overnight leader Joaquin Niemann, with Rickie Further two strokes off the pace in fourth spot.

“This is rain and wind that we don’t really play too often in but fortunately it’s kind of warm,” Schauffele said “It was an interesting day. I wasn’t thinking about my score because I was trying to stay as dry and warm as possible.”

Starting the day three back, Schauffele opened with four straight pars before holing a 15-footer at the fifth and birdieing the par-five ninth to reach the turn in 34.

Schauffele converted from 10 feet at the 13th and made another rom a similar distance at the 16th to move alongside Reed, who set the clubhouse target after a round-of-the-day 66, then grabbed the outright lead by getting up and down to birdie the last.

Reed fired five birdies in a seven-hole stretch around the turn and added back-to-back gains from the 13th, before cancelling out a bogey at the par-five 15th by draining a 30-footer on his penultimate hole.

Niemann also sits on eight under after following his opening-round 66 with a one-under 72, while Fowler birdied three of his last five holes to card a second-round 71.

Jon Rahm leads the European interest and recovered from being three over with six holes to play to post a level-par 73 and stay on four under, as Graeme McDowell moved into tied-16th and within six of the lead after a four-under 69.

The no-cut event is only open to players who have won on the PGA Tour during the previous calendar year, with 34 of the eligible players electing to tee it up in Hawaii.

Watch the Sentry Tournament of Champions throughout the weekend on Sky Sports Golf. Live coverage continues on Saturday from 9pm.