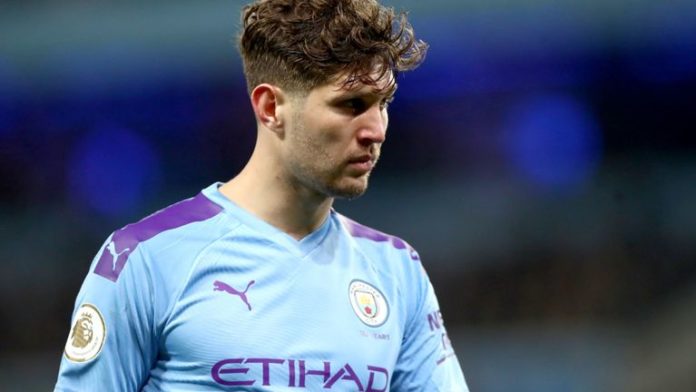 Pep Guardiola has warned defender John Stones to stay fit, if he is to reach his potential at Manchester City.

The 25-year-old made the last of his 12 appearances this season in City’s 2-1 defeat to Manchester United last month and has not played in more than five consecutive games for a year.

Since joining the club for £47.5m in 2016, the England defender has featured in just 121 of their 205 matches, but Guardiola still believes Stones can become one of the world’s best players.

“He has the conditions to do it, but to be the best central defender you have to play one entire season, every three days being there,” said the City boss.

“It’s difficult to reach the potential that he has, he has to be at the level to play regularly. The last three seasons and a half he could not do it.

“Sometimes when you have a tough injury – for example like Aymeric (Laporte) had this season or (Ilkay) Gundogan in the first, or (Benjamin) Mendy the year he arrived – it’s unlucky.

“But in the case of John, I don’t know why he has not been able to play regularly.

“We try to help him. We have tried to do the best to help him since the first day of the three-and-a-half years we have been here. We do everything for him.

“It depends on him. It’s in his hands and in his head to become one of the best.”

Stones looks set to return from his hamstring injury on Saturday as FA Cup holders City take on Port Vale – a match which will see him come up against Tom Pope.

The 34-year-old claimed on Twitter he would score 40 goals a season if he faced Stones every week, after watching the defender in England’s Nations League loss to Holland.

However, the striker backtracked on his controversial post after the draw, saying he thinks Stones is “the best centre half in the world.”