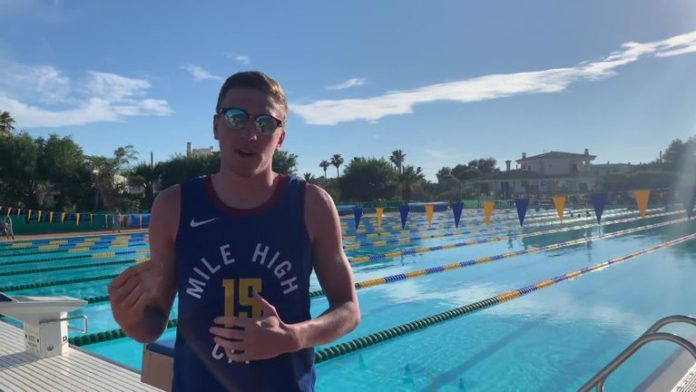 Making history in Las Vegas and glory at the inaugural International Swimming League.

GB swimmer Max Litchfield ended the season with quite a bang and a trophy for his efforts with his team Energy Standard in America.

Las Vegas, Nevada. The Mandalay Bay Hotel. The location where history would be made in the final weeks of 2019 with my team Energy Standard facing the London Roar, Cali Condors and LA Current!

And it did not disappoint!

Turning away from the glitz and glam of the Vegas strip we battled in the pool. For anyone that hasn’t seen the ISL on TV it is a head-to-head team competition with two swimmers (or two teams in the relay) from each team competing in multiple events scoring points for their individual rankings.

Over two afternoons and five hours of racing only one champion would be crowned the first ever ISL champions.

Coming into this final we had won all three qualifying rounds leaving us as the only undefeated team.

The greatest thing I love about this format is being part of a team, although still individual in that you race on your own, you feel part of something bigger and I think that is amazing for the sport moving forward.

With that though it is also hard to watch. Through the whole weekend it was back and forth between all the teams with every single race and every single point meaning so much!

In the end it came down to the men’s and women’s skins events. The skins are a series of three 50m freestyles where people are eliminated after each round.

Going into the skins we were in second place ahead of the Cali Condors and just trailing the London Roar. The whole team were ready and poised in our team box and ready for what was the best atmosphere I have ever experienced at a swim meet.

Over both skins events we clawed back enough points to take the title. We went crazy I have never experienced anything like it in my life – incredible and unforgettable!

Eight teams over the last few months, with swimmers from all over the world came together to create history and move the sport of swimming forward and I could not be more thankful for having the pleasure of being at the forefront of it all!