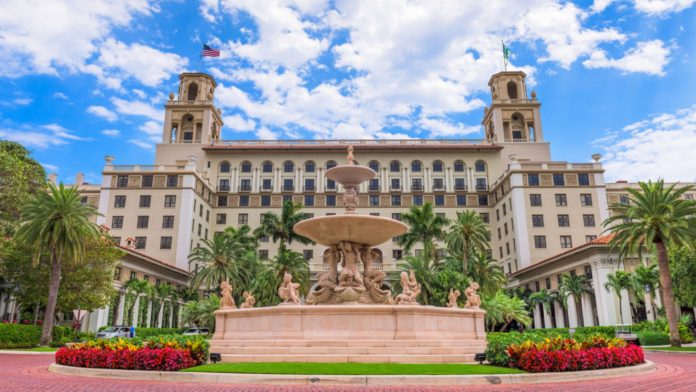 Sir Rod Stewart has been charged with simple battery after an alleged incident on New Year’s Eve.

The 74-year-old singer is accused of punching a security guard at the five star Breakers Palm Beach Hotel in Florida.

According to the Palm Beach Police arrest notice, the altercation occurred when Sir Rod and his family tried unsuccessfully to gain access to a private children’s event.

In his affidavit, 37-year-old security guard Jessie Dixon says the singer and his group “began to get loud and cause a scene, and refused to follow (Mr Dixon’s) instructions to leave”.

He says Sir Rod’s son, Sean, 39, who was also involved in the incident, got “nose to nose” with him before “shoving him backwards” when he asked him “to back up and create some space”.

It was then that Sir Rod is said to have “stepped towards [Mr Dixon] and threw a punch, striking Dixon in his left ribcage area”.

In the document, the arresting officer says he spoke to Sir Rod, who confirmed he had approached the event check-in area along with his family to ask if the children in his group could enter.

Sir Rod said Mr Dixon “became argumentative with his family” which he says “caused them to become agitated”.

He is said to have “apologised for his behaviour in the incident”.

The officer says he also spoke to two female members of hotel staff who say they saw Sean push Mr Dixon and Sir Rod punch him in the chest. Both have also made their own witness statements.

Hotel CCTV capturing the altercation is said to have been assessed by the arresting officer, who lists Sir Rod and his son as “the primary aggressors”.

Both Sir Rod and Sean were arrested, and the music star was charged with simple battery.

Sir Rod has been summoned to appear in court at Palm Beach on 5 February.