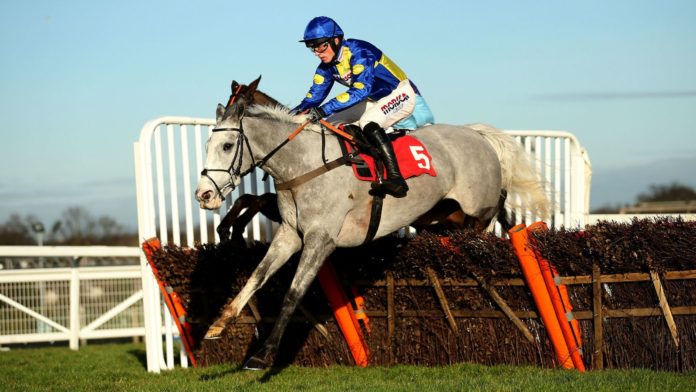 Silver Forever enjoyed the perfect dress rehearsal for her first venture into Graded race company by returning to winning ways in the Unibet Mares’ Hurdle at Sandown.

Her colours were lowered for the first time over hurdles last time out at Newbury, but the Paul Nicholls-trained six-year-old relished stepping up to two and a half miles to claim the biggest victory of her career in this Listed event.

Moving smoothly into contention under Harry Cobden, the 6-5 second favourite quickened clear from the back of the last to defeat Copper Gone West by six and a half lengths.

Assistant trainer Harry Derham said: “She won over an extended two-mile-three at Chepstow first time out.

“Newbury worked out first time – and last time the ground was a bit too good for her. She is a two-and-a-half miler, and she will stay further than this.

“She jumps very well. She was always going to be a stayer, and that’s why we tried to force it at Newbury. It was the wrong thing to do force her over two miles – whereas today you could take your time a little bit. She is a talented mare.”

A return to Sandown next month, for the Weatherbys TBA Jane Seymour Mares’ Novices’ Hurdle, will be next on the grey’s agenda.

Derham added: “We will go to the Jane Seymour next back here – which is a Grade Two. That has been a big target this season. It’s a nice race to try and win with her, so that’s where we will go.”

Palladium may lack the class of his 2000 Guineas-winning half-brother Galileo Gold, but the Nicky Henderson-trained four-year-old had little trouble in going one better than last time out at Warwick with a clear-cut 11-length success in the opening Unibet Casino Juvenile Hurdle.

Henderson said: “(Jockey) Nico (de Boinville) said, turning into the straight, he looked at the chase course. He went to Henrietta Knight’s (to school), because he came from the Flat from Martyn (Meade) – and Amy (Meade) has still got a leg in him, which is fun.

“He enjoys his jumping and he got through that ground very well. Everyone else tried to knock each other out, and it didn’t take a huge amount of winning. It was the first race he has won, and that would have done his confidence a lot of good.”

Assessing future plans, the Seven Barrows trainer hinted that an outing in the Fred Winter – for which Palladium was introduced at 25-1, following this success as 4-11 favourite – is likely to be his Cheltenham Festival target, rather than the Triumph Hurdle.

Henderson said: “He ran very well at Warwick first time, when he was second.

“He jumps very well. We will give him another run and think about the Fred Winter (Boodles Juvenile Handicap Hurdle), I would have thought.