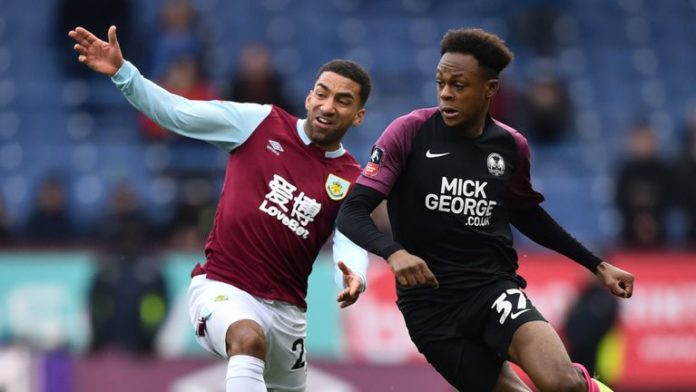 Sean Dyche: “It’s a testing time for results, but equally with injuries. But we’ve been through it before and we’ll have to go through it again.”

Burnley boss Sean Dyche must wait to see if Johann Berg Gudmundsson faces another spell on the sidelines after he injured his hamstring in their FA Cup victory over Peterborough.

Dyche’s side proved too strong for their Sky Bet League One opponents as they eased through to the fourth round of the competition with a 4-2 win at Turf Moor.

Iceland winger Gudmundsson started his first game since early October but had to be replaced by Charlie Taylor at half-time and he and his manager must wait to see if he will be out for another extended period.

Dyche was more upbeat on striker Chris Wood, who also came off as a precaution with a tight hamstring, while Ashley Barnes was rested as he manages an ongoing groin issue.

“Unfortunately, we are waiting on news of a hamstring with Johann,” said Dyche.

“We felt it was almost the perfect progression, going from half [a game] the other day to a full 90 [minutes] today, but that hasn’t happened and Johann has had to come off.

“Woody is a precaution with a tight hamstring and Barnesy we will find out more next week on his situation, so it’s not ideal.

“We thought we were getting everyone fit and in the last two weeks we’ve found people getting injured again.

“It’s a testing time for results, but equally with injuries. But we’ve been through it before and we’ll have to go through it again.”

The Clarets face a tough trip to Stamford Bridge to play Chelsea next Saturday when the Premier League returns, before they play Leicester at home on January 19 – live on Sky Sports.