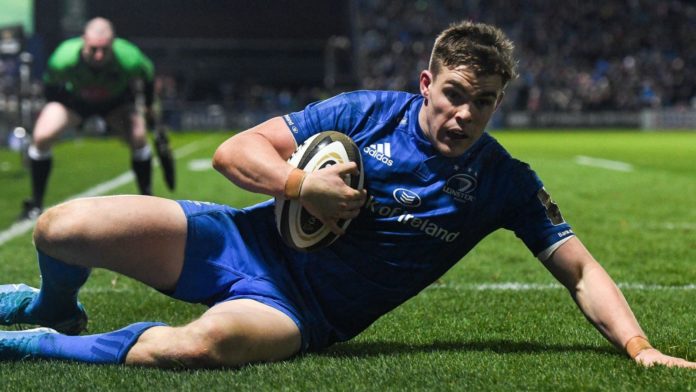 A round-up all of Saturday’s Guinness PRO14 action from across Ireland, Wales and Italy…

But the Italians were in it for the majority of the game ?

Glasgow’s bonus-point win leaves them third in Conference A on 24 points, 12 behind second-placed Ulster, and was the ideal response to last weekend’s 1872 Cup defeat to rivals Edinburgh.

WHAT A FINISH ?@dragonsrugby literally getting the bounce of the ball to sneak a late winner over regional rivals @ospreys ➰?

Dean Ryan’s team led 10-8 at half-time after prop Leon Brown responded to a try by his Wales team-mate George North.

The Ospreys got their noses in front through young centre Tiaan Thomas-Wheeler early in the second half – and looked set to win for the first time since October.

However, wing Rio Dyer crossed in the 76th minute and was swiftly followed over by replacement centre Warren to claim victory for the hosts.

Zebre emphatically beat the Cheetahs 41-13 at the Stadio Sergio Lanfranchi in Parma on Saturday to leave the South African franchise with a fourth loss in eight games in the league.

When @ZebreRugby win they win BIG! ?

The Bloemfontein-based side now return to South Africa where they will face the Southern Kings on January 25 in Port Elizabeth.

Leinster claimed the quickest try-scoring bonus point of the Guinness PRO14 season in a facile 54-7 derby win over Connacht at the RDS.

A masterclass from the defending champions ✨

Can anybody stop them? ? pic.twitter.com/ZUjVUDIPAb

Leo Cullen’s men chalked up their bonus point with just under 20 minutes on the clock – Glasgow’s 23 minutes was the previous best – as Max Deegan, who crossed after only 103 seconds, Dave Kearney, Ciaran Frawley and Joe Tomane swept over for scores.

It was a point a minute for Leinster in the first half, as further tries from Luke McGrath and Deegan left injury-hit Connacht a full 40 points behind. James Ryan’s withdrawal for a suspected calf injury was a concern for the rampant hosts.

Garry Ringrose’s well-taken brace sandwiched a consolation 69th-minute maul try from Connacht replacement Tom McCartney, with their 10th victory of the PRO14 campaign keeping Leinster 11 points clear of Ulster at the top of Conference A.