Home Culture Rod Stewart and his son have been charged with simple battery after... 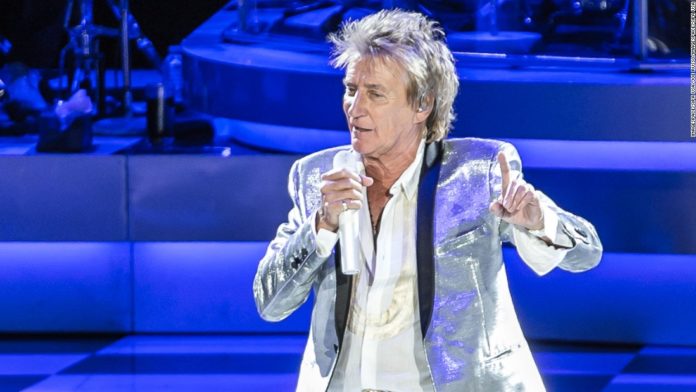 Stewart, 74, told police he and his family were trying to get the children in their group access to a private event at the hotel, according to a Palm Beach Police Department probable cause affidavit obtained by CNN affiliate WPTV.
The security guard working the event in the children’s area said Stewart’s group was unauthorized to enter and asked them to leave after they “began to get loud and cause a scene,” the affidavit states.
Stewart’s son, Sean Stewart, then “got about ‘nose to nose’ distance” from the security guard’s face, police said. The security guard placed his hand on Sean Stewart’s chest and asked him to give him space when Sean Stewart shoved him backward.
Rod Stewart then punched the security guard in his left ribcage area, police said.
CNN has reached out to the rock star’s reps for comment.
Footage from cameras at the hotel revealed that Sean and Rod Stewart were the “primary aggressors,” according to the affidavit.
Both Stewarts were charged with simple battery and have been ordered to appear in court on February 5.

AnneClaire Stapleton contributed to this report.