Home Sport Alderweireld: I didn’t stay at Spurs for money 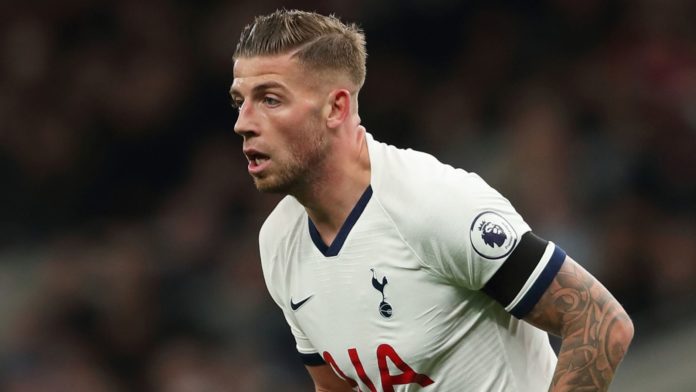 Toby Alderweireld insists that loyalty, rather than money, is what saw him extend his stay at Tottenham.

The Belgium international signed a new contract at Hotspur Way in December, ending speculation over his future, by securing a new deal until 2023.

He told the Sunday Telegraph: “Financially the club made a good effort that showed me they really wanted me so that gave me respect.

“I could maybe earn a lot more somewhere else, but then I chose loyalty, that’s worth something as well.

“I talked to my wife, we have a second kid on the way. First of all, I asked her: ‘What do you want?’ She said she’s happy to stay, she loves it here, but that I can choose whatever I want.

“That gave me the opportunity to explore everything that I wanted.”

Jose Mourinho took charge of Spurs a month prior to Alderweireld making the decision to stay at Tottenham.

The centre-back says he has enjoyed working for the 56-year-old since his arrival and believes the squad can progress under his tenure.

“We had a good connection with the manager before. We achieved a lot of big things. And it’s the same now – everyone believes in what Jose says and thinks and how we need to play,” he added.

Meanwhile, Mourinho has urged Jan Vertonghen and Christian Eriksen to follow their team-mate Alderweireld in committing their futures to the north London club.

Inter Milan are in talks to sign Eriksen during the January transfer window, according to Sky in Italy, while Vertonghen has been linked with a move to Napoli.