Home Culture Golden Globes: The ones to watch ahead of tonight’s ceremony 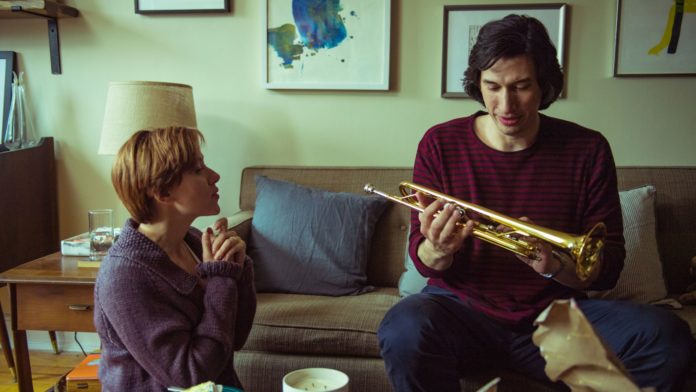 Hollywood’s awards season officially kicks off with the Golden Globes ceremony tonight, and Netflix films are dominating the conversation.

While there was some controversy surrounding the home streaming service’s Roma being included for – and winning – awards in 2019, the TV platform is now leading the way.

Gangster epic The Irishman and divorce drama Marriage Story (both Netflix) are favourites for big wins, while the streaming service’s The Two Popes is also a contender in the best film (drama) category.

Elsewhere, Batman spin-off Joker and war epic 1917 make up the drama shortlist, while Once Upon A Time In Hollywood, Jojo Rabbit, Knives Out, Rocketman and Dolemite Is My Name are the movies up for the best film (musical or comedy) award.

Marriage Story, starring Scarlett Johansson and Adam Driver and directed by Noah Baumbach, leads the nominations with six nods, with its leads both up for best actor and actress in the drama categories following heavily acclaimed performances, and co-star Laura Dern shortlisted for best supporting actress.

The Irishman scored Martin Scorsese a nomination for best director, and for Al Pacino and Joe Pesci in the best supporting actor category – but star Robert De Niro is a notable omission for the best actor in a drama award, missing out to Christian Bale (Le Mans 66), Antonio Banderas (Pain And Glory), Joaquin Phoenix (Joker), Jonathan Pryce (The Two Popes) and Driver.

Alongside The Irishman, black comedy Once Upon A Time In Hollywood also picked up five nominations and could be another big winner – Quentin Tarantino is up for best director, star Leonardo DiCaprio nominated for best actor in a musical or comedy, and Brad Pitt in the running for best supporting actor.

And this year could be another victorious one for UK stars – especially thanks to strong offerings in the TV categories.

Bale (who won last year for Vice) and Pryce are among several British actors up for awards, with Daniel Craig (Knives Out) and Taron Egerton (Rocketman) competing for the best musical or comedy actor prize, Emma Thompson nominated in the female category for Late Night, Cynthia Erivo up for best actress in the drama category for Harriet and Sir Anthony Hopkins up for best supporting actor (The Two Popes).

It means the ceremony could well mark the start of another stellar year for Waller-Bridge, following six wins for her hit comedy Fleabag at the Emmy Awards in 2019.

At the Globes, Fleabag is up for awards including best TV series, best actress and best supporting actor for co-star Andrew Scott.

Colman (who won a best actress award in the film category last year for her portrayal of Queen Anne in The Favourite, and went on to scoop the Oscar too) is recognised this time for playing another royal – the current Queen, in Netflix’s regal drama series The Crown.

Overall, The Crown, Chernobyl and Unbelievable are the leaders in the TV categories, with four nominations each.

Killing Eve’s Jodie Comer is nominated alongside Colman, while Harington is nominated for best actor in a TV drama series for his performance as Jon Snow in the final season of Game Of Thrones.

The Golden Globes, overseen by the Hollywood Foreign Press Association, recognise the best in TV and film each year.

In addition to the nominees, Tom Hanks is to be honoured with the Cecil B DeMille Award for his “outstanding contributions to the world of entertainment”, while talk show host Ellen DeGeneres will receive the TV counterpart, the newly created Carol Burnett Award.

As well as De Niro, other notable snubs for 2020 include Greta Gerwig, who was tipped by many to be in the running for best director for Little Women. It means the category has an all-male shortlist of Scorsese, Tarantino, Sam Mendes (1917), Todd Phillips (Joker) and Bong Joon-ho (Parasite).

And Cats, the star-studded adaptation of the much-loved stage musical, starring Judi Dench, Idris Elba, Ian McKellen and James Corden, also missed out in the comedy musical categories, despite being eligible.

The film was widely panned by critics following its release just before Christmas and scored just one Golden Globe nomination, with Taylor Swift’s Beautiful Ghosts up for best original song.

The 2020 ceremony is the 77th Golden Globes, and will be presented by British comedian Ricky Gervais in LA from 1am on Monday in the UK.