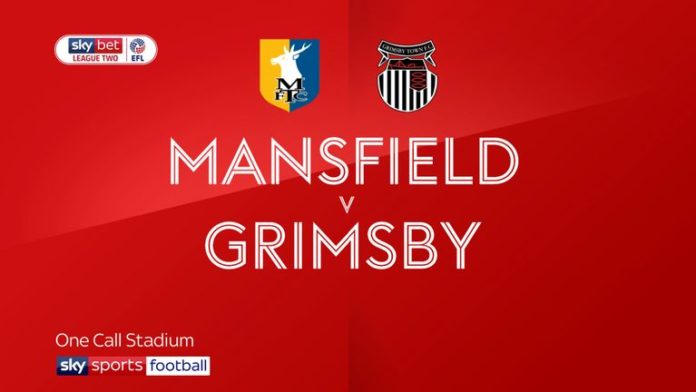 Grimsby gave new boss Ian Holloway a winning start as they battled to a 1-0 victory at Mansfield despite playing with 10 men for 80 minutes.

A Mal Benning own goal in the second half saw Grimsby home after former Mansfield defender Luke Waterfall had been sent off for going in late and hard on Jacob Mellis in the 10th minute.

A scrappy first half saw Mansfield dominate possession and Danny Rose sent Nicky Maynard clear in the 27th minute but keeper James McKeown got just enough on it to divert the ball wide.

Harry Clifton was wide for Grimsby and Mellis too high for Mansfield in an open start to the second half. Then McKeown saved a stinging Benning shot on the hour mark.

But the deadlock was broken in the 66th minute as Benning lashed a dangerous low Liam Gibson cross from the left into his own net.

McKeown then tipped over to deny Maynard with the last kick of the game.