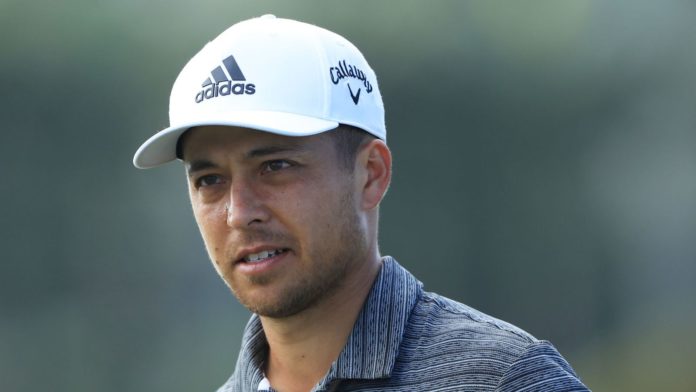 Xander Schauffele remains in pole position to defend his Sentry Tournament of Champions title after retaining his one-shot lead in Hawaii.

Schauffele, who claimed a one-shot victory in last year’s contest, posted a two-under 71 on the Plantation Course at Kapalua to stay one ahead of nearest challenger Justin Thomas.

Gary Woodland heads into the final round three strokes off the pace in third, with Patrick Reed and Jon Rahm in the group of seven players four shots back on seven under.

Playing alongside Reed, Schauffele followed a close-range birdie at the third with a two-putt gain at the par-five fifth but three-putted from 40 feet at the par-three eighth to turn in 35.

Schauffele failed to get up and down from a greenside bunker to save par at the 11th, only to regain top spot by posting back-to-back birdies from the 14th and closing his round with a run of pars.

Thomas threatened top spot with four birdies in his first six holes on his way to a four-under 69, while Woodland matched the same total despite racking up a double-bogey at the par-four seventh.

A chip-in eagle from the rough at the par-five ninth helped Rahm to a three-under 70, with Reed, Kevin Kisner, Collin Morikawa, J.T Poston, Mathew Wolff and Joaquin Niemann completing the septet in a share of fourth.

Paul Casey leads the English interest and is on four under after a third-round 69, while Graeme McDowell slipped into a share of 26th after failing to register a single birdie in a three-over 75.

The no-cut event is only open to players who have won on the PGA Tour during the previous calendar year, with 34 of the eligible players electing to tee it up in Hawaii.

Watch the conclusion to the Sentry Tournament of Champions live on Sky Sports Golf. Live coverage begins on Sunday from 11pm.