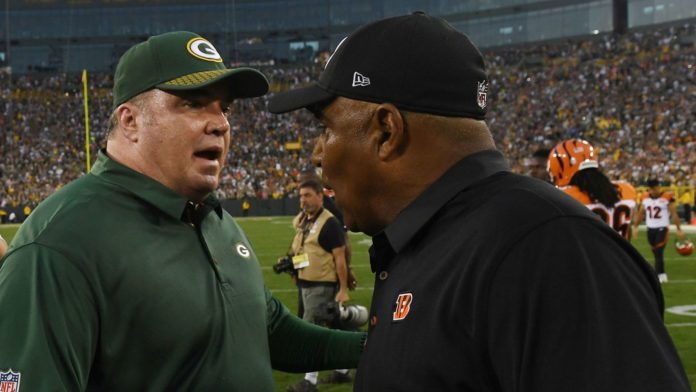 The Dallas Cowboys are talking to former head coaches Mike McCarthy and Marvin Lewis in the surest sign so far that they are moving on from Jason Garrett.

The Cowboys do not officially have a vacancy, but Jason Garrett’s contract expires on January 14 and Dallas arereportedly interested in candidates with previous head coaching experience.

Dallas missed the playoffs for the sixth time in Garrett’s nine full seasons by finishing 8-8 in a year that started with high expectations.

The Cowboys started 3-0 before going 4-8 in the next 12 games with a pair of three-game losing streaks.

He finished with a 125-77-2 regular-season record while going 10-8 in the postseason, including a victory in Super Bowl XLV in the 2010 season.

Cincinnati fired Lewis after a 6-10 season in 2018 and hired Zac Taylor.

Lewis spent the 2019 season as a special advisor to head coach Herm Edwards at Arizona State.

The scheduling will depend on the result of Minnesota’s NFC wild-card playoff matchup on Sunday in New Orleans, per the report.

Stefanski, 37, was a finalist for the position last year in Cleveland.

Kitchens and Dorsey both were fired after a disappointing 6-10 season.