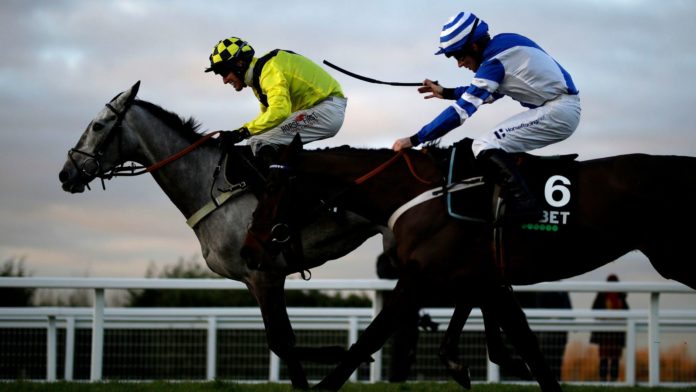 Eldorado Allen could be given the chance to go one better than on his seasonal return in next month’s Betfair Hurdle at Newbury.

The Colin Tizzard-trained six-year-old showed his old ability remains intact at Sandown on Saturday, when finding only Mill Green too strong on his first start in 392 days.

Following Eldorado Allen’s encouraging comeback, connections have earmarked the valuable Grade Three contest on February 8 as his next potential target.

Assistant trainer Joe Tizzard said: “It was a blinding run and I thought he had won when he winged the last.

“It was a hell of a run off top-weight after that lay-off and I would have taken that all day long. He jumped and travelled well and showed he has a lot of potential.

“The entries close for the Betfair Hurdle on Tuesday and he will get an entry in that. A fast-run two miles will suit him. That race is a month away, so that would be perfect for him.”