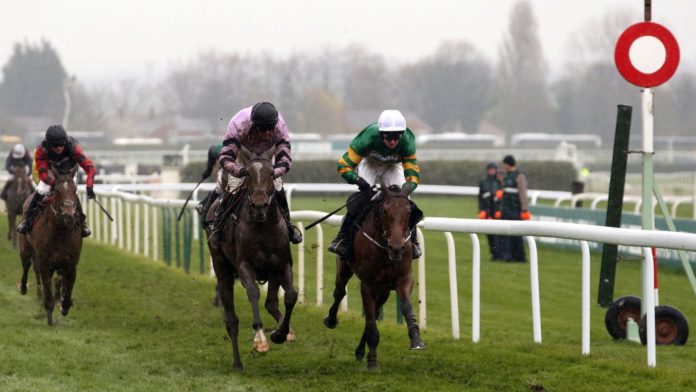 Nicky Henderson could not be happier with Pentland Hills as he considers tune-up options for the Champion Hurdle at either Wincanton or Haydock.

The Unibet Champion Hurdle Trial at Haydock comes first on January 18, while almost a month later on February 15 is the Betway Kingwell Hurdle at Wincanton.

Pentland Hills, a dual Grade One-winning juvenile hurdler, has only been seen once this season, when travelling well before fading to finish fifth in the International Hurdle at Cheltenham last month.

Henderson said: “He is ticking over merrily, I can tell you. It’s just a matter of where we go with him. I would think Wincanton and Haydock are possibilities.

“His comeback was very good and I was delighted with him. I think he has been absolutely violently forgotten. In my opinion, humble as it may be, if you took the International apart the best horse in the race was Pentland Hills. He was just short of work.

“He was big and bullish and I can’t tell you how well he has done since then. His coat and everything has just gleamed. He will be like a new horse when you next see him.”

Another Grade One-winning juvenile in the yard last season was Fusil Raffles, who struggled to win on his return at Wincanton and was disappointing in the Christmas Hurdle behind stablemate Epatante.

“The only horse that has disappointed me in that department (Champion Hurdle) is Fusil Raffles,” said Henderson.

“Nothing has come to light with him. Epatante is great and I’m still tempted to go straight there (Chamnpion Hurdle). I know the Contenders Hurdle was Buveur D’Air’s race (as a stepping stone to Cheltenham), but he wanted that ground and I’m not sure Epatante does.”