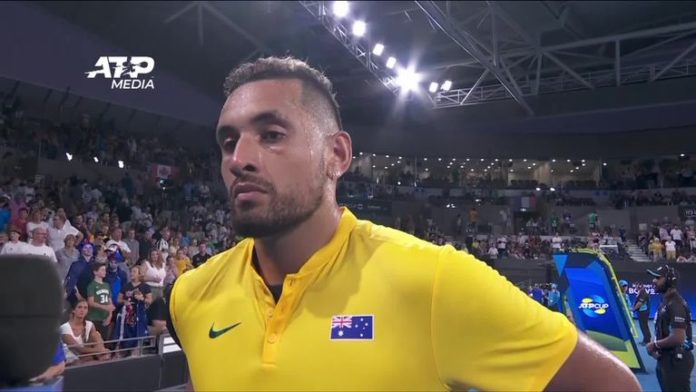 Women’s tennis No. 1 Ashleigh Barty is donating any prize money she wins at the Brisbane International towards the recovery effort for the wildfires that have devastated parts of Australia.

Record-breaking temperatures and high winds after months of severe drought have caused widespread wildfires – resulting in a total of 24 people being killed and almost 2,000 homes being destroyed, with the bushfires burning around five million hectares (12.35m acres) of land.

The 23-year-old is donating any prize money she collects at the Brisbane International, her home tournament, to the Australian Red Cross for the recovery effort.

Barty is the top single seed at the tournament and is also set to compete in doubles with world No.9 Kiki Bertens.

The Queensland-born player is also entered into the Adelaide International before she competes in the Australian Open in mid-January.

“It’s been really terrible, it really has. For me this started two or three months ago,” she said.

“We have to remember, this has been going on for a long time across our whole country. The first I saw of it was actually flying home (from the Fed Cup last November) … to the east coast and we could see some of the smoke and some of the fires.

“Obviously the worst of it is still out there at the moment. Now it’s not just the wildlife, it’s also affected Australians with their lives and their homes.

“First and foremost, the reason that there is smoke in the air is what’s most devastating at the moment for our country.”

Barty also went to a nearby animal shelter after she returned from the Fed Cup loss to France in Perth two months ago and donated money.

“It’s just a really tough time. Tennis is a sport, it’s a game that we play, and there are certainly a lot of bigger things going on in Australia right now that we need to take care of,” the 2019 French Open winner added.

“So, I mean, if it meant that we were delayed by a day or two… it really doesn’t matter. What matters is that Australians stay safe and we kind of sort out the bigger issues.

Well guys, you know I love Australia, but you also know I don’t hit too many aces ?

Sooo I want to help and my pledge is this… every time I give @darren_cahill a hard time in my box during all my matches in Aus, I will donate $200.

This way I will raise a lot more money ❤️??

“Tennis is a game that we love, yes, and we try and be the ultimate professionals and do everything that we can, but it is a game. You need to put things into perspective and worry about the bigger things in life first.”

Nick Kyrgios was among the first tennis players to pledge money towards the relief efforts, promising $200 Australian dollars (£106) for every ace he hits this month.

The month of January in Australia has been my ? for the past 15 years. Watching the fires destroy the lands, it’s beautiful families and communities of animals is deeply?. I would like to begin my donation at 25K. @DjokerNole, would you match my donation??? #letsallcometogether

The 24-year-old was in tears when speaking about the bushfires after his opening ATP Cup win over Jan-Lennard Struff on Friday in Brisbane.

Maria Sharapova has made a donation and has urged men’s world No.2 Novak Djokovic to lend his support to the relief cause.

Seven-time Australian Open champion Djokovic is among those who have talked about the possible effects of the wildfires on the season-opening major, suggesting the start may even have to be delayed if the air-quality around Melbourne.

Australian Open organisers will hold a special charity event in aid of the bushfires relief effort on January 15, five days before the start of the tournament.

Petra Kvitova has joined Kyrgios in pledging $200 for every ace that she hits towards the cause.

Last year’s Wimbledon victor Simona Halep says she will donate $200 to the effort for every occasion that she shouts at her coach Darren Cahill during her upcoming matches in Australia.