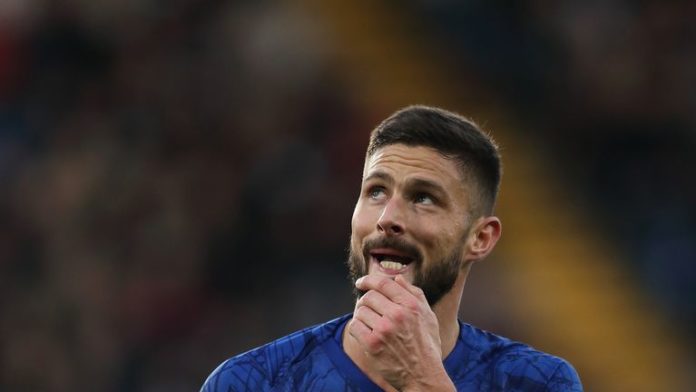 The Frenchman has started just two games this season

The Frenchman has started just two games this season and is inside the final six months of his Chelsea contract, having joined the Blues from London rivals Arsenal in the 2018 January transfer window.

The 33-year-old was an unused substitute in Chelsea’s 2-0 FA Cup third round win against Nottingham Forest on Sunday, and fuelled speculation he is set to leave by appearing to wave goodbye to the Stamford Bridge crowd at the final whistle.

Sky Sports News understands Chelsea failed with a £34m bid for Lyon striker Moussa Dembele, and Lampard hinted Giroud’s departure could hinge on the club bringing in a suitable replacement.

“There’s no update on Ollie, but I’ve spoken with him,” Lampard said of Giroud.

“If the conditions are that it’s something he really wants to do and it works for the club, for me and the squad then it’s something that could happen.

“But only when all of those bases are covered. So we’ll see if we’re there.”