Home Sport How do you solve slow over rates? 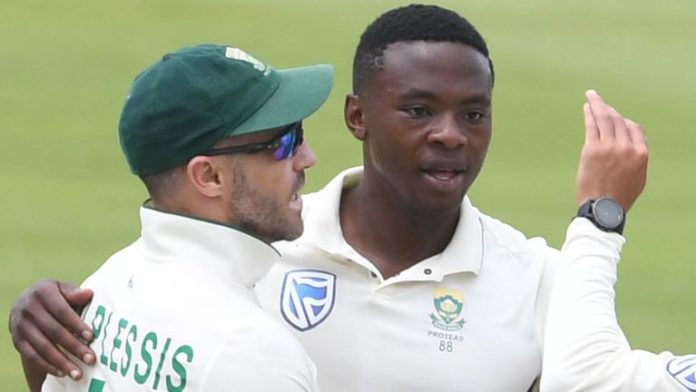 Slow over rates have become as much of a staple of Test cricket as up-and-down England performances.

After an ‘up’ day for England in Cape Town as they built a 264-run lead over South Africa, Cricket Debate guests Graham Gooch and Vikram Solanki hailed Dom Sibley’s first Test fifty and a 46th for skipper Joe Root.

But discussion on the show – which you can listen to in the player above or by downloading here – also turned to the vexing matter of over rates and how to ensure 90 overs are bowled in day, with former England and Essex batsman Gooch having a few novel ideas.

“The ICC has to come up with some sort of sanction that bites,” he said.

“Whether you ban the captain for a couple of games, whether you take a fielder away for the whole day – whatever they are doing at the moment is not working and it’s not right.

“You have to make something that affects the performance of that team on the day.

“I think you are short-changing the public and in this day and age when you are talking about four-day Test cricket and making the format more entertaining, you have to have a full day’s play.”

Gooch also gave his thoughts on the prospect of four-day Test cricket, which Root says should be trialled but India’s Virat Kohli is not embracing.

“I am not totally against it but would like to preserve the integrity and, for me, five days sets Test cricket aside,” added Gooch.

“I am not really sure of the motive for four-day Tests. Is it to make more time for one-day cricket? Will there be more rest days for the players? I am a bit sceptical of the motive.”

Also on The Cricket Debate, Graham and Vikram discussed…

– How England played the ball on its merits and ignored the pitch as they progressed to 218-4, thanks chiefly to Sibley’s unbeaten 85 and Root’s 61

– How Joe Denly, out for 31 on Sunday, needs to make a score that counts

– When England will declare at Newlands, with Graham saying a lead of 400 will be enough as the tourists aim to draw level in the four-match series

Watch day four of the second Test between South Africa and England live on Sky Sports Cricket from 8am on Monday.