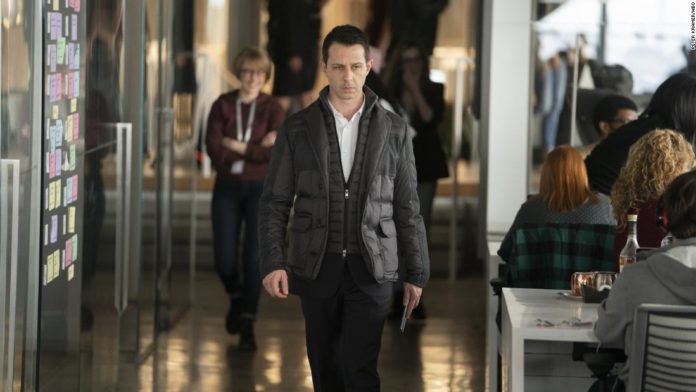 The Golden Globes tilt heavily toward movies given their proximity to the Oscars, so many of the TV prizes were dispatched near the outset.
HBO’s “Succession” — which focuses on a media dynasty that bears a more-than-passing resemblance to the Murdochs — was anointed best drama, with an additional honor for Brian Cox as the family’s ruthless patriarch.
“Parasite,” the twisty South Korean thriller from director Bong Joon-ho, was chosen as best foreign-language film. Admiration for the movie is running high enough that it’s also considered a contender to make noise beyond that category throughout awards season.
The first five TV awards were spread among multiple outlets, but notably omitted Netflix, this year’s most-nominated service, which has also made significant inroads in the movie balloting with films like “The Irishman” and “Marriage Story.”
The first hour included Kate McKinnon’s emotional introduction of Ellen DeGeneres, who received the TV career-achievement award named after Carol Burnett. DeGeneres’ speech included singling out what Burnett meant to her.
During his opening monologue, host Ricky Gervais urged winners not to discuss politics in his opening monologue.
Nevertheless, one of the first honorees, Russell Crowe, was unable to attend because the presenters said he was in Australia, fighting the devastating fires there. Crowe — recognized for playing the late Fox News chief Roger Ailes in the Showtime limited series “The Loudest Voice” — sent along a message about the importance of addressing climate change.
Ramy Youssef, a Muslim-American comic, was honored for the little-seen Hulu series “Ramy,” and joked about the audience being unfamiliar with the series. “Look, I know you guys haven’t seen my show,” he said.
Gervais — who is hosting the show for the fifth time, and the first since 2016 — kicked the night off by promising that this would be his last stint, then proceeded to urge the crowd to join him and “have a laugh at your expense.”
The material, however, was coolly received, including a bit in which he urged the recipients not to discuss politics, referenced actress Felicity Huffman’s role in the college admissions scandal, and was bleeped twice by NBC’s censors, including an off-color joke about Dame Judi Dench in “Cats.”
The Golden Globes are presented by the Hollywood Foreign Press Assn., a group consisting of roughly 90 international journalists. The awards gained additional prominence after moving to NBC in the 1990s, but are viewed most closely as a bellwether for the Oscars.
Last year, the group anointed “Bohemian Rhapsody” and “Green Book” with its top prizes (as drama and musical or comedy, respectively), before the latter was named best picture at the Academy Awards. The four eventual acting winners also walked away with Globe trophies (the lead categories are also split between comedy and drama), as did the Oscar recipients for directing, writing, foreign language and animated film.
That said, the Globes’ track record has been spotty as a predictor for the Oscars and Emmys — the other major peer-presented honor that overlaps with it — over the past decade.
Oscar voting continues through Tuesday, with the nominations to be unveiled on Jan. 13.