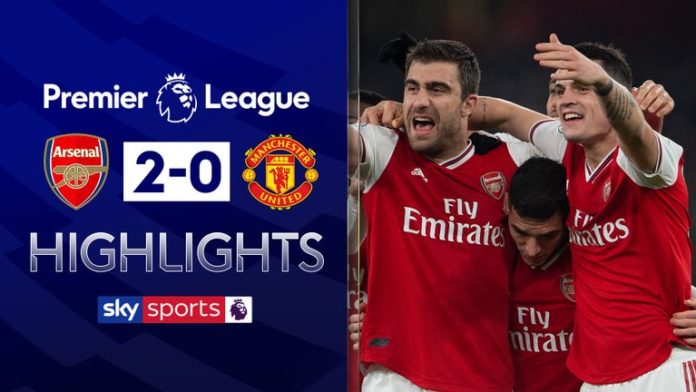 The Gunners host Championship leaders Leeds on Monday in the third round and the tournament appears a good bet for the club to secure silverware this season.

Arteta has an illustrious history with the FA Cup having won the competition with Arsenal in 2014 and 2015 while also helping Manchester City to success last season as assistant to Pep Guardiola.

Now a head coach in his own right, the Spaniard is eager to give this squad an early taste of success under his management.

“I think winning brings togetherness and when you have beautiful experiences together and you win trophies, those experiences stay within that group,” Arteta said.

“You like more the people you work with and you believe more in them and share some fantastic moments and that stays.

“That habit of winning, winning and winning. After you win, you don’t want to stop winning and you become addicted to that and that is what we have to try and implement at this club.”

When Arteta lifted the FA Cup with Arsenal in 2014, it ended their eight-year spell without a trophy under Arsene Wenger.

The Gunners would go on to win it two more times – making them the most successful club in the history of the tournament with 13 triumphs overall.

He added: “When I arrived here, obviously we were trying to fight for the Premier League, but at the time we didn’t quite have the level to sustain it every year so the cups become very important.

“This club has a massive history with that and it was eight years without winning absolutely anything, so for us to lift that first FA Cup was a massive relief.

“It generated a really good belief and unity around our team and that helped that group of players to achieve what they achieved later when they won other cups.”

Since the 2016-17 season, when Arsenal won a record 13th FA Cup, the club have been on the decline and dropped out of the top four, failing to challenge the likes of Liverpool and City for the biggest honours.

It has led to discontent amongst the fans which reached a high point before Unai Emery was dismissed in November.

Arteta is well aware his squad cannot achieve anything without the support of the Emirates faithful.

A promising sign for the 37-year-old was the noise and support of the fans during the 2-0 win over Manchester United on New Year’s Day.

He wants the supporters to continue getting behind the team like that, but pointed out the players are the catalyst.

Arteta concluded: “Now when we know we have the fans behind us, we have to pinch our players to react in a certain way to get them behind us and use them to have a better performance and to create more fear in our opponents.”