Home Sport Why Traore is a one-off talent 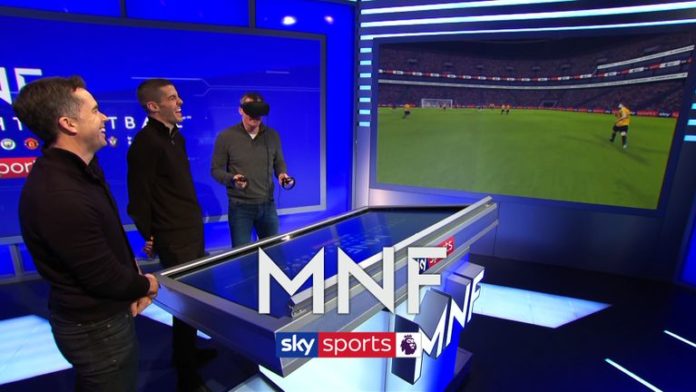 Adama Traore’s form for Wolves has captured the imagination so how good are his stats and in what way has he improved? Adam Bate takes an in-depth look at the Premier League winger

There are actually lots of Adama Traores. There’s the former Paris Saint-Germain midfielder now playing in France’s lower leagues and the Ivory Coast international now playing in Australia. Metz alone have a couple of Mali internationals of the same name in their squad.

Somehow it is still true to say there’s only one Adama Traore.

It is the Wolves winger whose unique skill-set separates him from any other player in the Premier League. Against Watford on New Year’s Day, Traore broke a Premier League record – completing 15 dribbles, the most in a single game since Opta began collecting records.

It was the fourth time this season that Traore had completed 10 dribbles or more in a Premier League match. For context, there are only three instances of other players doing it.

Traore just plays this game differently to everyone else.

His improvement is perhaps best reflected by the fact that Ole Gunnar Solskjaer praised young Brandon Williams for how he coped up against “one of the quickest and strongest wingers” in the Premier League during Manchester United’s FA Cup draw with Wolves on Saturday. There was even talk on social media that Williams had Traore in his pocket.

The full-back impressed but that says plenty about how Traore has escalated expectations. He still completed 10 dribbles, more than the United team combined. He still completed twice as many crosses as the opposition put together. He won the corner that led to Matt Doherty’s first-half shot and played the pass for Pedro Neto’s effort after the break.

Those were the game’s only two shots on target.

Manchester United and Wolves will require a replay after playing out a goalless draw in the FA Cup third-round tie at Molineux.

It is true that this was not one of Traore’s better games but he remains a must-watch. The eyes of everyone are drawn to him and the mood changes when the ball is at his feet. With good reason. He has the ability to make things happen and he is doing it consistently now.

Jurgen Klopp describes him as even more difficult to defend than Jamie Vardy when the spaces are big. Pep Guardiola says it is almost impossible and that man-marking him is not an option because there’s nobody as quick as him. Conor Coady goes further. “It is impossible,” he told Sky Sports. “He runs through you, over you, round you. It’s stupid.”

The dribbling skills are nothing new, of course. What has changed is that the party pieces now form part of the whole. Talk of Traore’s lack of end product – once the go-to line for any critic – has been rendered obsolete after a trio of goals in Wolves’ wins over reigning champions Manchester City. He’s a punchline no more. Delivering knockout blows instead.

After scoring once in his first 72 Premier League appearances, Traore now has four in 13. There have been four assists too, also more than he had managed in his previous three campaigns at the highest level with three different clubs. The potential is being realised.

Klopp spoke for many when describing Traore as “a big, big talent” during that recent press conference at the King Power Stadium in Leicester. There was even a look of incredulity when asked how long he had been following the player’s career. The message was clear – everyone knew about Traore’s talent. It was just a case of putting it all together.

“At Middlesbrough he was exceptional, but somebody had to give him the right information,” said Klopp. “He finally found his manager who found a position for him. Now he has found it. It was always clear it would happen one day, and now it has.”

In truth, Traore has been used in three different positions this season. There was a spell at wing-back where he had to take on greater responsibility and some minutes as a centre forward in a 3-5-2 formation. He even performed both roles away to Manchester City.

But it is back on the right of a front three that Traore is proving most effective. Those stints elsewhere have helped to make him more complete – certainly more rounded. It is worth noting, for example, that for all the ongoing excitement about his explosive dribbling ability, Traore is actually dribbling less often than ever before in his career to date.

That is why Middlesbrough supporters have become a little disgruntled by the suggestion that Traore is a player transformed under Nuno Espirito Santo. He was brilliant at Boro too – scoring five times and providing 10 assists in his final season with the club. There was a reason why Wolves made Traore their club record signing in the summer of 2018, after all.

Opinions on players can crystallise early. Klopp himself noted that it is surprising how young Traore still is. Most remember the tearaway from his first forays in the Premier League in relegation campaigns for Aston Villa and Boro. He has improved since those days, for sure. The success rate of his dribbles is better than ever before at Premier League level.

That is revealing when considered alongside the number of total dribbles. Traore can still beat his man. But now, at the age of 23, he is working out when not to try it. The decision-making has improved. The stats show that he has been able to fuse quantity with quality to become the standout dribbler in the Premier League – better even than Wilfried Zaha.

Even here, the remarkable statistics do not tell the full story of his impact. For example, the numbers do not reveal the space created for others whenever opponents are dragged in his direction – something that has surely been a big factor in Wolves’ success. Interestingly, Traore appeared aware of this aspect of his role in a recent interview with Sky Sports.

Sky Sports’ Johnny Phillips recently caught up with Adama Traore to discuss how he copes with being a target for Premier League defenders.

“If the opposition puts two or three players on me, it means that some of our other players are free,” he explained. “If I can play like that, then it is better for the team. Any situation in the game when you have the ball you can see there are good opportunities.”

Traore will often delay his dribble – standing in a stationary position and allowing covering defenders to come closer to him. While this decreases his own chances of a successful dribble as he is often double marked, it does open up space for others. There is one fewer marker in the penalty box as a result. Traore still backs himself to get the ball over.

The impact of Traore’s obvious threat is apparent when he glides inside too. Defenders are drawn to him. There was a good example in the build-up to Wolves’ equaliser at Norwich just before Christmas when Traore attracted no fewer than four players towards him. Crucially, he then had the awareness to find Raul Jimenez, who had drifted free out wide.

The pair have combined for six goals in the Premier League this season – assisting each other for three apiece – but Jimenez has not been the only beneficiary. Matt Doherty is another who finds greater freedom because of the attention on Traore. He has had more shots inside the penalty box than any other defender in the Premier League this season.

Traore is a team player now.

“I can’t tell you how much he has improved,” said Coady. “He listens. He’s such a brilliant lad, he really is. The way he sees the game and plays the game now, you can see he listens to the manager every single day. That’s the best thing about it, he’s trying to improve.”

The crosses are not so aimless now. There are chipped balls, whipped balls and cut-backs. Sometimes he takes advantage of the time his pace affords him by steadying himself and picking out a team-mate. The assist for Jimenez against City was one example. The square ball to find Diogo Jota in space away to Torino was another. These were passes not crosses.

The two calm finishes away to Manchester City were evidence of his improved finishing but the more recent goals against City and Tottenham at Molineux were perhaps even more significant. In both instances, defenders backed off him in the knowledge that if they committed themselves then he would be able to skip past them with ease.

Instead, he fired off powerful shots into the net. “He can’t half shoot,” said Coady. “He does it all the time in training.” Now he is doing it in games and that should worry opponents. Back off him now and Traore might just crack the ball into the corner anyway.

“If I am the same Adama as yesterday, then it is one day I have lost,” he says. “I am working every day.”

What is next in his evolution? In recent weeks, it has been noticeable that his shooting with his left foot has improved – finding the target with fierce strikes against Tottenham and Norwich. If Traore improves his accuracy with his weaker foot, discouraging opponents from showing him inside rather than racing to the touchline then he really will be unstoppable.

Maybe they already are given Wolves’ progress at home and abroad. Solskjaer was asked about Raul Jimenez over the weekend, although given that the striker turns 29 in May, that deal might prove too rich even for United. Joao Moutinho is a little old now too. It is Traore, even more so than Ruben Neves, who could really tempt the biggest spenders in Europe.

They, like the Spain national team who called him up for international duty recently after the player expressed an interest in committing himself to Mali instead, are reaching the obvious conclusion. There is not a squad on this planet that wouldn’t have a use for him.

There really is only one Adama Traore.