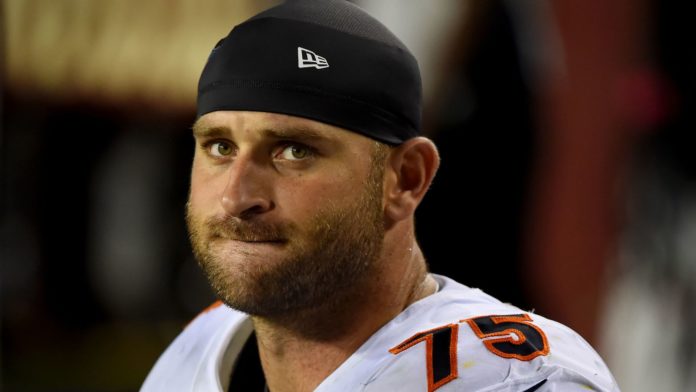 Chicago Bears guard Kyle Long announced Sunday he is retiring after seven NFL seasons, writing on Twitter he is “finally stepping away and getting my body right”.

Long thanked fans, coaches, general managers and team owner Virginia McCaskey, who turned 97 on Sunday, for his time with the Bears.

“I want u to know how lucky I am to have spent time in your city,” Long wrote in one tweet.

“I became a man while playing in Chicago. Thank you.”

He added in another tweet, “Special thanks for (former general manager) Phil Emery, (former head coach) Marc Trestman and the rest of that staff for bringing me in.

“Thanks to and happy birthday to the young lady named Virginia as well. (Current general manager) Ryan Pace, thank you for keeping me around as well.”

Long, 31, missed 34 games over the last four seasons due to injury, including the final 12 games of this season with a hip issue.

Prior to that, he had reached the Pro Bowl in all three of his NFL seasons while missing just one of 48 games.