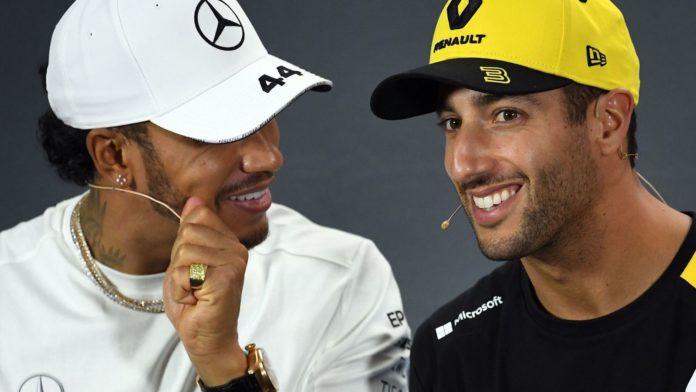 How the drivers have been spending their time off, as the teams get back to work ahead of 2020 launches and testing

With a record 22 races on this year’s calendar, F1’s leading men have understandably been savouring their time away from the sport over the winter break. But that doesn’t mean it has all been rest and relaxation.

From skiing, to sky-diving, to even performing on-stage at a festival, the drivers have been combining their fitness training with plenty of high-octane activities ahead of an intense 2020 season.

The teams, meanwhile, are now back in the factory and ‘full steam ahead’ in their preparations for the campaign, with the launches of their new cars, and pre-season testing, taking place in February.

How the drivers have spent their break
With over two months between 2019’s season finale in Abu Dhabi and the first 2020 test in Barcelona, F1’s stars can’t complain about a lack of time off – and the grid have been enjoying a range of activities over the winter.

Lewis Hamilton, who is aiming to equal Michael Schumacher’s title record this year, started his holidays immediately after the end-of-2019 race, spending most of December snowboarding in Colorado before going surfing in Mexico.

The perfect preparation for a seventh championship?

Charles Leclerc has also spent some of his break on the slopes, while also found time after the end-of-2019 test to go sky-diving in Dubai.

For Max Verstappen and Kimi Raikkonen, it has all been about family…

With some interesting costumes from the Iceman!

You can’t keep Alex Albon out of the simulator.

McLaren’s Lando Norris has found a new car… while Carlos Sainz has been reflecting on a superb 2019.

And Romain Grosjean brought in 2020 with some fun in the snow.

Admirably, Ricciardo has also recently pledged to raffle his 2020 Australian GP race suit to help raise funds for those affected by the bushfires in his country.

The teams are back to work…

Strapping up for the year ahead, let’s get going ?#essereFerrari ? pic.twitter.com/847XUHw1dD

Back to the daily grind ? It’s full steam ahead for 2020 ? #givesyouwings pic.twitter.com/5AmeVY4zBw

The first confirmed car launch for 2020 is Ferrari’s on February 11, before pre-season testing starts on February 19. The season-opening race in Australia is on March 15.