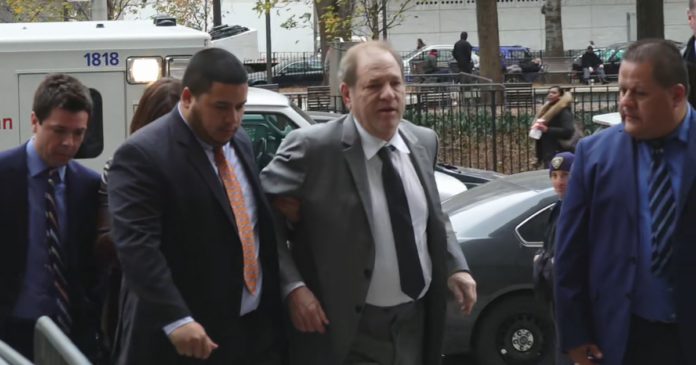 Hollywood mogul Harvey Weinstein was expected in court in New York Monday for his long-awaited criminal trial. He is formally charged with sexually assaulting two women, one in 2006 and another in 2013, but more than 80 women have accused him of sexual misconduct, fueling the rise of the #MeToo movement.

While the trial focuses on two women, some of the dozens of others who have accused the 67-year-old of sexual misconduct are expected to testify. Three of his accusers, who are not part of the trial, told CBS News correspondent Jericka Duncan that this is a day they’ve been waiting for.

Arquette, who appeared in the 1994 Weinstein-produced film, “Pulp Fiction,” said she never thought she would see Weinstein face a jury. In 2017, she told The New Yorker that, in the early 90s, Weinstein forcibly came on to her in a hotel room, and when she rejected him, her career suffered.

“Harvey Weinstein plays dirty. He always has, and I guess he always will,” she said.

Arquette planned to be at the courthouse Monday.

“We have to bring it back to that,” she said.

Weinstein is charged with predatory sexual assault and first and third-degree rape for the two incidents. He has pleaded not guilty and denies all allegations of non-consensual sex.

“What matters the most here is the charge of predatory sexual assault,” CBS News legal analyst Rikki Klieman said. “If that becomes the charge that carries the day, he is facing 10 years to life.”

In a statement, Weinstein told CBS News, “There are a number of things that I would have liked to have done differently, and I do … empathize with the various social causes that have arisen.” However, he added, “I am looking forward to setting the record straight … and yes, I am expecting to be fully exonerated.”

Actress Jasmine Lobe admitted she does worry about that if Weinstein is not convicted, he will come back. “It’s totally possible,” she said.

Arquette thanked the witnesses for testifying.

“Just tell your truth and whatever happens, we pray that justice will prevail,” she said.

Jury selection is expected to begin Tuesday, and will likely last around two weeks. Experts say that process, in which Weinstein’s defense team will attempt to find jurors both unfamiliar with his case and unexposed to the numerous stories about his alleged behavior, will not be easy.