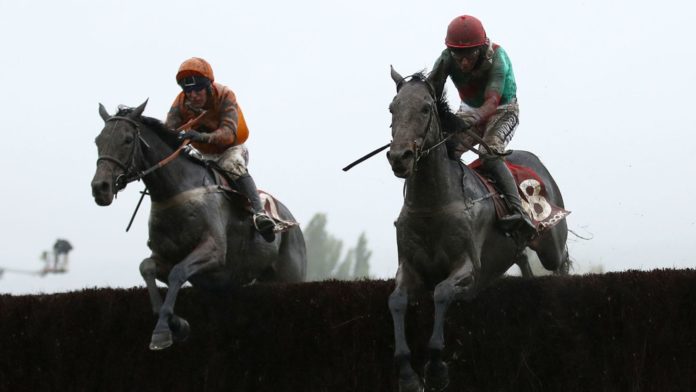 David Bridgwater will wait until later in the week before deciding whether to let The Conditional take up his engagement in the McCoy Contractors Civil Engineering Classic Chase at Warwick.

Having opened his account over fences at Cheltenham earlier in the campaign, the eight-year-old was last seen running an excellent race in defeat when runner-up behind De Rasher Counter in the Ladbrokes Trophy at Newbury.

William Hill make The Conditional the 11-2 market leader for Saturday’s £75,000 feature, but Bridgwater has also given his stable star the option of running in a Grade Two novices’ chase earlier on the same card.

“We’ll see how he is and how the week unfolds,” said the Stow-on-the-Wold-based trainer.

“He’s in good nick, and I hope he’ll run somewhere this weekend. If he doesn’t then he’ll probably go for the Peter Marsh at Haydock the following week.

“Obviously the Classic Chase is worth a lot more money than the novice race, and I don’t think the three-mile-five will be a problem for him – it’s what he wants. But he is still a novice, and I don’t want to bottom him out at this stage, so we’ll see.

“He is a rapidly improving horse, and I’d have thought he’ll be nearly favourite wherever he runs.”

In 2017, victory in the Classic Chase proved a springboard to Grand National glory for the Lucinda Russell-trained One For Arthur.

Whether The Conditional bids to complete the same double remains to be seen.

Bridgwater added: “We’ll see about the National. He’s still a young horse, but he’ll probably get an entry.”