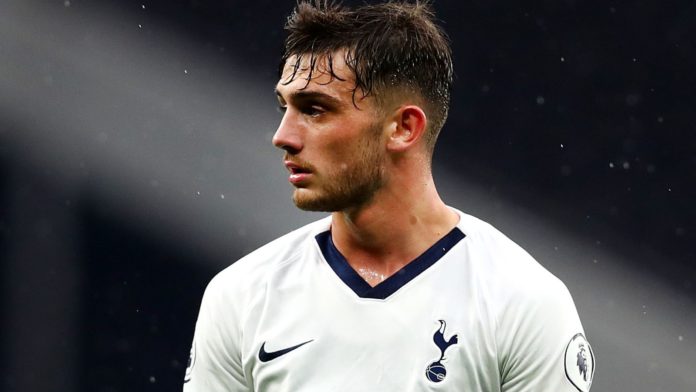 The 17-year old made his senior Spurs debut in September last year against Colchester United in the EFL Cup before playing his first senior game for the Republic of Ireland in November against New Zealand.

His Premier League debut followed in December against Burnley when Jose Mourinho presented him with the match ball.

Parrott was also an unused substitute in Tottenham’s 3-1 defeat away at Bayern Munich in the Champions League group stage last month.

Prior to the FA Cup third-round clash against Middlesbrough, Tottenham boss Jose Mourinho told the media the next step in Parrott’s development was to sign a new deal.

However, the Portuguese played down suggestions that the youngster is being lined up as Harry Kane’s long-term replacement.

Mourinho said: “The next step for him is to sign a new contract at the club long-term and then it is for everyone to decide what is best for his development.

“In this club, we care about our players. It is also to find the best pathway to develop.

“Some minutes will arrive as it happened against Burnley, and step-by-step but [we are] not in a situation where we see Harry Kane is injured and Parrott is the man to resolve our problems.”

Meanwhile, Tottenham remain interested in Norwich’s Max Aarons and RB Leipzig’s Nordi Mukiele as they look to strengthen at right-back.

According to Sky in Italy, Inter Milan are in talks to sign Christian Eriksen during the January transfer window.

Jan Vertonghen has also been linked with a move to Napoli, but Mourinho has stated that the duo should follow defender Toby Alderweireld in signing new deals.