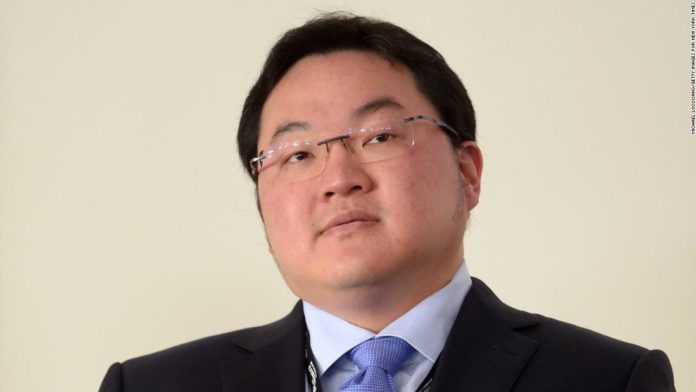 In an interview with The Straits Times, a Singapore newspaper, financier Jho Low downplayed his role in the 1Malaysia Development Berhad (1MDB) scandal, describing himself as an “intermediary” who was in demand for his “good relationships with influential foreign businessmen and decision makers.”
“People and companies act as introducers or intermediaries all the time. This is not a unique situation,” he said.
The exact location of Low, whose full name is Low Taek Jho, remains unknown. He conducted the interview with The Straits Times over email, representatives for Low confirmed to CNN Business.
US prosecutors have alleged that Low and others used 1MDB as a slush fund, instead of its intended purpose to help develop Malaysia’s economy. Prosecutors and officials say that billions of dollars were misappropriated in the global swindle, with millions allegedly spent on luxury handbags and jewelry, one hit movie, a swanky New York condo, a $250 million yacht, a Picasso, and parties and gifts for Low’s celebrity friends.
Low, 38, said in the interview that he is “an easy target” compared to the global financial institutions, companies and advisers linked to the scheme. Those institutions, he said, bear ultimate responsibility for any transactions related to the 1MDB scandal.
Malaysia filed criminal charges against 17 current and former Goldman Sachs (GS) employees last August, including the bank’s top international executive. The Malaysian government has accused Goldman Sachs and some of its bankers of misleading investors about three bond sales for 1MDB and fraudulently diverting billions worth of the proceeds.
The bank has repeatedly denied wrongdoing and claimed that it was misled by rogue employees who intentionally deceived its legal and compliance teams. It called the charges “misdirected.”
Tim Leissner, Goldman’s former Southeast Asia chairman, pleaded guilty in 2018 to conspiring to steal money from the state investment fund. He blamed a “culture” at Goldman that he claimed encouraged executives to work around the legal team to score business.
Last October, Low struck a $700 million deal with the US government to end a legal case against him. The agreement, which covers assets located in the United States, the United Kingdom and Switzerland, represented the biggest ever civil forfeiture secured by the department, and the largest recovery to date under the Kleptocracy Asset Recovery Initiative.
In a statement via his lawyers at the time, Low said “the agreement does not constitute an admission of guilt, liability or any form of wrongdoing by me or the asset owners.”
Low still faces criminal charges in Malaysia, as well as federal charges in New York for conspiring to launder billions of dollars embezzled from 1MDB and conspiring to violate the Foreign Corrupt Practices Act by paying bribes to various Malaysian and Abu Dhabi officials.
Low called the Malaysian government’s “repeated attacks” on him “politically motivated.”
He said he can’t comment on the pending legal case in the United States, adding that his “team continues to engage in a constructive and open dialogue with the Department of Justice.”
The 1MDB scandal also helped bring down former Malaysian Prime Minister Najib Razak, who was hit with dozens of corruption-related charges in the case. His trial in Malaysia is ongoing, and he has pleaded not guilty.
— CNN’s James Griffiths contributed to this report.