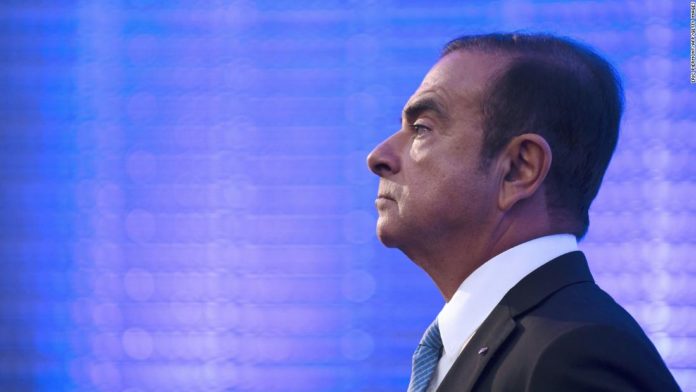 Ghosn, an international executive with French, Brazilian and Lebanese citizenship, was credited with leading a stunning turnaround at Nissan after he took over as CEO in 2001. His reign at the carmaker was one of the few examples of a foreigner successfully running a big Japanese company.
But tensions brewed beneath the surface, and they came to a boil with Ghosn’s arrest in late 2018 on suspicion of financial misconduct, leading to his ouster from atop Nissan (NSANF) and its automotive alliance with Renault (RNLSY) and Mitsubishi. Ghosn has repeatedly denied the charges, claiming that his arrest was part of a plot to remove him from the empire he built.
His audacious flight last week from Japan, where he had been bailed under strict conditions that included remaining in the country, puts a new twist on an already strained issue.

“Brand Japan is going to suffer a great deal,” said Jeffrey Kingston, director of Asian Studies at Temple University Japan. “His case is certainly a major black eye for the Japanese judicial system.”
Ghosn is already using his newfound freedom to rail on the country’s criminal court system, which boasts an incredibly high conviction rate, and which he claims had held him “hostage.” He has promised to communicate “freely” with journalists about his plight.
The former Nissan chief may be guilty of various financial crimes, Kingston said, “but that has all been over shadowed” by Ghosn’s treatment and his arguments that the judicial system is rigged.
Japan’s top judicial official, Justice Minister Masako Mori, acknowledged “various criticisms” of the system at a press conference Monday, without going into detail. She also repeated her defense of the system, saying it assures “fundamental human rights.” Japan could seek Ghosn’s extradition from Lebanon, Mori said, but such a request would need careful consideration as no extradition treaty exists between the two countries.
More public attacks by Ghosn on the justice system and Nissan could scare off corporate Japan from wanting to deal with any foreigners at all.
For Japanese companies following the Ghosn debacle and mulling hiring foreign executives, “the lesson is: the risk is too high,” according to Kingston.
Potential candidates are also likely to think twice. Attracting international talent will likely become a lot harder because foreign executives may not want to deal with Japanese firms, fearing they could become the next Ghosn, according to Kingston.
“Imagine if you’re a foreign CEO being recruited into Japan,” he said. “Can we say, ‘evacuation insurance?'”

Ghosn’s fall in 2018 was stunning, but tensions between foreign management styles and the rest of corporate Japan have long predated this latest controversy.
The reality is the overwhelming majority of Japanese companies don’t bring in outside CEOs because the salary-man, lifetime employment system means they rarely need to hire outsiders, let alone foreigners who may have a tough time fitting in. And several high-profile CEO appointments to big Japanese companies haven’t worked out so well.
Michael Woodford’s brief stint as CEO of electronics maker Olympus ended after he uncovered fraudulent practices at the company in 2011. Howard Stringer’s tenure at Sony (SNE) coincided with an extended period of poor earnings. And Craig Naylor resigned as chief of Nippon Sheet Glass after less than two years on the job because he had major policy differences with the rest of the company.
Christophe Weber, the French head of pharmaceutical maker Takeda (TAK), is now the country’s most prominent non-Japanese boss. His bold, $62 billion acquisition last year of Ireland-based Shire was criticized by Japanese investors, who thought it was too risky for Takeda.

A brash style and lavish compensation

The tension leading up to Ghosn’s ouster, meanwhile, was partly fueled by resentment toward having a foreign CEO and a foreign shareholder imposed upon Nissan, according to Stephen Givens, a law professor at Tokyo’s Sophia University. With that resentment came criticism about how Ghosn ran the company and how much he was paid.
Ghosn engineered the global alliance between Nissan, Renault and Mitsubishi. Because Renault owned about 40% of Nissan, the French carmaker was able to force Ghosn on the Japanese firm, according to Givens.
His appointment turned heads at the time because of Japan’s unfamiliarity with his approach to management. Having rescued Renault, Ghosn set about cutting costs and laying off workers at Nissan, which Japanese executives had been reluctant to do. The turnaround earned Ghosn the nickname of “Le Cost Killer” and paid off for Nissan, which as part of the alliance vaulted atop the global car industry.
But in recent years, Ghosn’s brash style and generous compensation began to rub many in Japan the wrong way.
“Japanese will tolerate a lot of things, but they will not tolerate greed and self-enrichment,” said Jesper Koll, head of Tokyo-based investment fund WisdomTree Japan.
Executive salaries in Japan are generally lower than in the United States, which made Ghosn’s reported Nissan salary of about $9.7 million in 2017 stand out. A study last month from advisory firm Willis Towers Watson found median CEO pay in Japan was 156 million yen ($1.44 million) in 2018, compared to $13.7 million for CEOs in the United States.
Japanese companies want “the CEO superstar” to grow business globally, but they don’t “want to fall into the American trap of CEOs taking all the money and leaving nothing for regular staff,” said Koll.
“It’s a huge challenge for corporate Japan. You have to pay somebody Michael Jordan wages, but in Japan they want to find another way,” he said.
Nissan has also blamed a “personality cult” around Ghosn for its troubles. After Ghosn was forced out, Nissan’s governance committee laid out a damning report that claimed the former executive was “deified within Nissan as a savior,” creating a culture that failed to apply checks and balances on Ghosn’s power.

Some experts caution against using Ghosn’s case as a precedent for Japanese firms looking to hire global talent.
His situation isn’t necessarily indicative of a larger trend against foreign CEOs, according to Sophia University’s Givens and others. Rather, the circumstances behind his downfall are just so bizarre and outlandish that they aren’t likely to be repeated.
At a better-governed company, “this strange series of events would never have occurred,” said Nicholas Benes, head of The Board Director Training Institute of Japan.
“If anything, this will strengthen further the perception that hiring global talent remains essential but good governance is necessary in any case — because no matter what, it doesn’t make sense to have the CEO in de facto control of the board,” Benes said.
— CNN’s Yoko Wakatsuki contributed to this report.