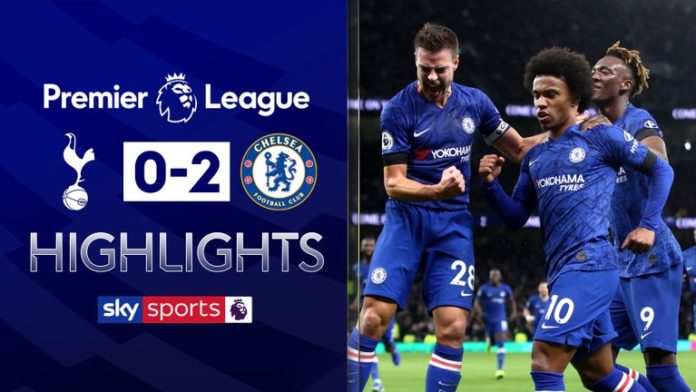 The Metropolitan Police has ended its investigation into the alleged racist abuse of Antonio Rudiger during Chelsea’s game at Tottenham on December 22.

Rudiger was seen indicating he had faced racist abuse around the 63rd minute of the game which led to the Premier League’s anti-discrimination protocol being used for the first time, with three announcements made on the PA system warning supporters against racist chanting.

But after conducting an investigation into the matter – which occurred shortly after Heung-Min Son had received a straight red card following an incident with Rudiger – both the police and Spurs have found no evidence to support the allegation of racial abuse.

“The Club and the Metropolitan Police have now exhausted all avenues of investigation following the reported incident at our home fixture against Chelsea on 22 December,” read a statement from Tottenham.

“We carried out extensive reviews of CCTV images and footage, working with professional lip readers. All materials and reports have now also been reviewed by the police who have carried out their own investigation.

“The police have notified us today that, having reviewed and investigated, they have closed the crime report as they can find no evidence to support the allegation of racial abuse.

“We fully support Antonio Rudiger with the action that he took – however there is no evidence to corroborate or contradict the allegation and as such neither ourselves nor the police are in a position to take any further action.

“We are fiercely proud of our anti-racism work and our zero tolerance of any form of discrimination. This is one reason why we have attributed so much time and resource to investigating this matter.

“Had we identified anyone guilty of this we were intent on issuing them with a lifetime ban from our stadium as they would have no place among our proud, diverse fan base

“If any new information comes to light, this will be fully investigated.

A subsequent statement from the Metropolitan Police read: “An allegation of racial abuse was reported to police following the Tottenham vs Chelsea match held at Tottenham Hotspur Stadium on Sunday, 22 December.

“The allegation stated that the abuse was directed from somewhere within the crowd and was aimed at a Chelsea player.

“The allegation was fully investigated by the police officers working with both clubs. This included extensive scrutiny of the CCTV footage from the stadium.

“Without any witnesses or further information, no evidence was found and the case was closed.

“If any new evidence comes to light, this will be fully investigated.

The match was won 2-0 by Chelsea, with Willian scoring both goals in the first half.