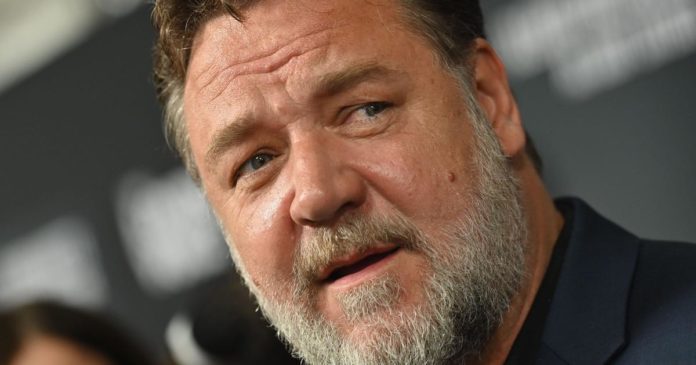 Actor Russell Crowe could not attend the Golden Globes on Sunday for a very important reason. “The Loudest Voice” star, who won the award for Best Actor in a Limited TV Series or TV Movie for his performance as Roger Ailes, was instead at his home in Australia.

Crowe was there “protecting his family from the devastating bushfires,” according to Jennifer Aniston, who presented the award alongside her “The Morning Show” co-star, Reese Witherspoon.

Though Crowe was not in attendance, that did not stop him from delivering a powerful message during his acceptance speech.

“Make no mistake, the tragedy unfolding in Australia is climate change-based,” he wrote in the speech, which was read by Aniston. “We need to act based on science, move our global workforce to renewable energy, and respect our planet for the unique and amazing place it is. That way we all have a future.”

Crowe took to Instagram shortly after his win was announced to thank the cast of the show and to share a video of how he has prepared to face the bushfire crisis in Australia.  He said in the clip that he was “ready and prepared” with “all the things you need for fighting fires.” That included a truck with a 1,000-liter water container, shovels, hoses and other necessary equipment.

Back in November, Crowe shared on Instagram that fires hit his home in Australia.

Other Hollywood stars also used the Golden Globes stage as a platform to raise awareness of the deadly, ongoing tragedy.

Australian-born actress Cate Blanchett, who presented an award at Sunday night’s ceremony, took the opportunity to acknowledge the volunteer firefighters.

Joaquin Phoenix, who took home the award for Best Performance by an Actor in a Motion Picture for “Joker,” called out those in attendance for not doing more to help the environment.

“It’s really nice that so many people have come up and sent their well-wishes to Australia, but we have to do more than that,” he said. “It’s great to vote, but sometimes we have to take that responsibility on ourselves, and make changes and sacrifices in our own lives. We don’t have to take private jets to Palm Springs for the awards sometimes or back, please. I’ll try to do better and I hope you will too.”

The fires have scorched nearly 20 million acres of land, and authorities say the blazes could keep burning for months. It’s estimated nearly half a billion animals have died as a result of the fires.