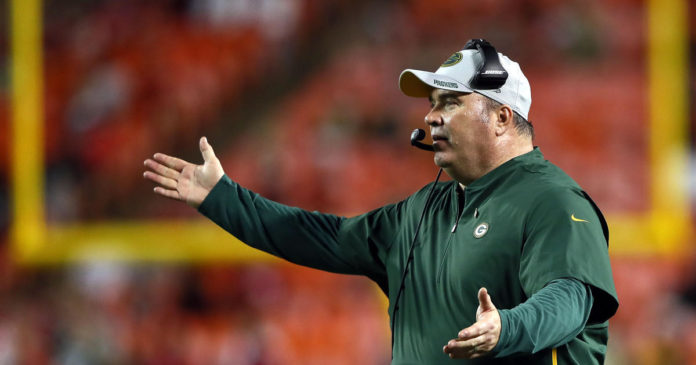 The Dallas Cowboys have reportedly agreed to terms with Mike McCarthy to be their next head coach on Monday. The former Green Bay Packers head coach will now take over as the team moves on from Jason Garrett, FOX Sports NFL Insider Jay Glazer and NFL Network reporter Tom Pelissero report.

Glazer wrote on Twitter that a formal announcement and a news conference about the McCarthy hiring would be made later in the week.

McCarthy spent 13 seasons as head coach of the Packers and led them to a Super Bowl title victory in 2010. He was fired at the end of the 2018 season and later decided to sit out the 2019 season.

He is now expected to become just the ninth head coach in Cowboys’ history and will enter with high expectations. McCarthy had been preparing himself for a 2020 return with “The Mike McCarthy Project” –– an assembly of longtime coaches collaborating “as if they’re the NFL’s 33rd coaching staff.”

“Sustaining success in this league is the biggest challenge,” McCarthy told Pelissero in a recent interview. “To do it right and to be in position to win it every year. That’s what I’m looking for. That’s who I want to be paired with. I don’t want to try to just win one, I want to try to win them all.”

The Cowboys finished this season with a disappointing 8-8 record and missed the playoffs by a game after an offseason full of high hopes. Owner Jerry Jones and the team announced Sunday evening that they would not renew Garrett’s contract, ending his tenure with Dallas. Less than a day later, it was reported that the Cowboys found their new coach in McCarthy.