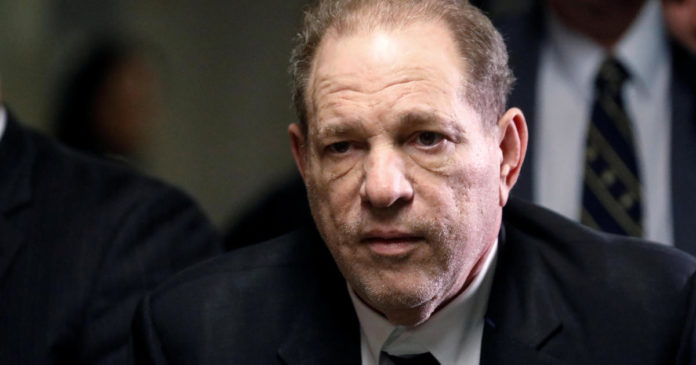 Los Angeles prosecutors on Monday announced new sexual assault charges against Harvey Weinstein. The disgraced film mogul has been charged with raping one woman and sexually assaulting another in separate incidents back in 2013.

“We believe the evidence will show that the defendant used his power and influence to gain access to his victims and then commit violent crimes against them,” Los Angeles County District Attorney Jackie Lacey said in a statement. “I want to commend the victims who have come forward and bravely recounted what happened to them. It is my hope that all victims of sexual violence find strength and healing as they move forward.”

The announcement comes the same day Weinstein’s criminal trial kicked off in New York City. In that case, he is charged with sexually assaulting two women: one in 2006 and another in 2013. Weinstein has denied any wrongdoing.

Speaking at a news conference Monday, Lacey said the first alleged assault happened in a Los Angeles hotel room on February 18, 2013. Weinstein allegedly went to the hotel and raped a woman after pushing his way inside her room, the district attorney’s office said.

The second alleged assault happened the next night. Weinstein is accused of sexually assaulting a woman at a Beverly Hills hotel suite.

Weinstein is charged with forcible rape, forcible oral copulation and sexual penetration by use of force in the first incident, and sexual battery by restraint in the second, Lacey said.

Each of the women told at least one person about the assault in 2013 and reported the incidents to police in 2017. The cases were presented to the district attorney’s office later that year, Lacey said.

The victims came forward after they learned about other women who have accused Weinstein, she added.

Eight women in total came forward to report they were sexually assaulted by Weinstein in Los Angeles County, Lacey said. Three of the cases were declined because the alleged incidents happened outside the statute of limitations, according to Lacey. Her office continues to investigate the allegations of the other three women to determine if charges will be filed.

An official said that neither of the Los Angeles accusers included in the charges have come forward publicly, but one was expected to testify at the New York trial.

Lacey said her office has requested $5 million bail and said her office would work with prosecutors in New York so as not to interfere with the New York criminal trial. An arraignment is expected to be scheduled in Los Angeles when Weinstein is available to be transferred there from New York.

Weinstein’s lawyers had no immediate comment on the new charges, the Associated Press reported.