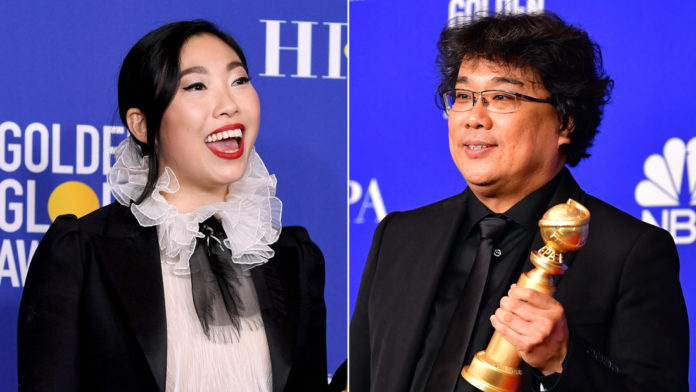 “The Farewell” star became the first performer of Asian descent to win a Golden Globe Award in a lead actress film category.
Writer, director and producer Bong’s South Korean thriller “Parasite” won best foreign language film.
He paid tribute to foreign films in his acceptance speech.
“Once you overcome the 1-inch-tall barrier of subtitles you will be introduced to so many more amazing films,” he said through an interpreter.
Twitter had lots to say about the two snagging trophies.
“The Asian representation tonight at the #goldenglobes with the Farewell and Parasite is absolutely gorgeous,” one person tweeted. “Mwah we love to see it.”
Awkwafina talked backstage after her win about being raised as an Asian American and reflected on making history.
“It feels incredible,” she said. “But there’s also this other feeling that you want there to be more. I hope this is just the beginning.”