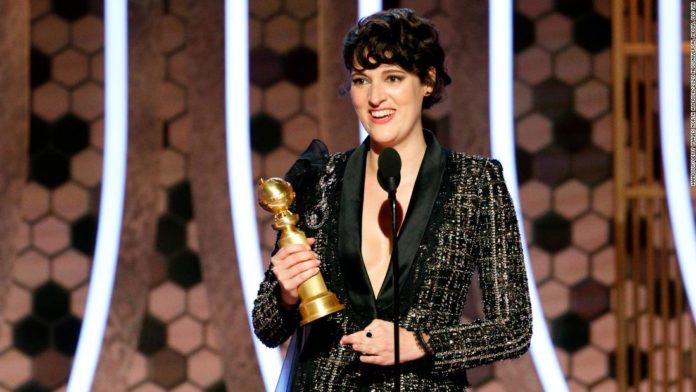 For starters, the former president included the show on his yearly list of favorites in 2019. But there’s a deeper joke in what she said on stage.
“I would like to thank Obama for putting us on his list,” she said, adding, “And as some of you may know, he’s always been on mine.”
[embedded content]
She was referring to a scene in the Amazon series in which Fleabag, played by Waller-Bridge, does something risque while watching Obama give a speech on television. Her boyfriend catches her in the act.
As the crowd laughed, Waller-Bridge quickly added, “If you don’t get that joke, please watch season one of ‘Fleabag’ really, really quickly.”
[embedded content]
Earlier during the ceremony, Waller-Bridge took home the prize for Best Actress.